Business Planning, Growth, How I Did It, Innovation 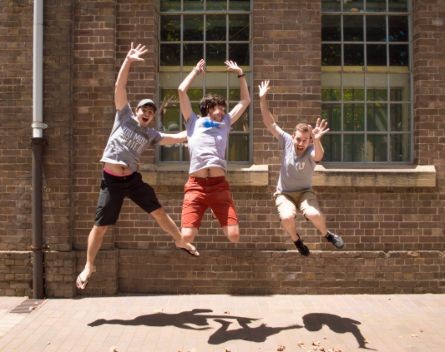 The latest intake in the Startmate accelerator is getting to the business end of the program: pitch days in Sydney, Melbourne and San Francisco. We spoke to two startups to hear how they’ve evolved in the program.

Foogi cofounder Amit Jaiswal’s idea, a calendar app that matches free time to make scheduling easier, didn’t change much in the program. But their whole approach to decision-making and customer acquisition did.

“Before, we grew the business by knowing what customers wanted but Startmate really drove us down the path of metrics, which drive everything we do now,” Jaiswal says.

This newly adopted data-focus was a breakthrough for the Foogi team, who realised their fundamental growth hypothesis was wrong.

“We thought we’d build it and it would spread through word of mouth. But that didn’t happen and we dug into the data behind each screen in the app. We realised they’d get to the screen where their friends should be, and not only did they not share it on, they closed the app,” Jaiswal says.

They’ve fixed up the problematic screen and have launched proof of concept apps for both the Android and iPhone systems.

“We’ve paused our marketing while we’re engaging with customers to discover exactly what they want. We’ve got a problem, a solution and a target market but need to keep refining the fit,” Jaiswal says.

Inductly cofounder Brett Geoghegan told StartupSmart their initial idea, of creating software to train staff in high turnover roles such as retail and hospitality, had stayed the same but matured throughout the program.

“The biggest thing for us was learning to focus. Our approach had a lot of different markets and ways to describe, so we needed to focus so we could create a story about why what we’re offering is valuable,” Geoghegan says.

They’ve already locked in some pilot customers and plan to have the almost-finished product in the market out in the next few months.

While the biggest challenge for this Melbourne-based team has been leaving their friends and partners at home to complete the months in Sydney, Geoghegan says their biggest business challenge will be raising the funds they need to stay afloat long enough to sign up enough customers.

“We’ve got some customers there, and a pretty solid product roadmap but we need that little bit of funding to get us going and allow us to deliver on those things.”