Startup founders on how to crack the Chinese market 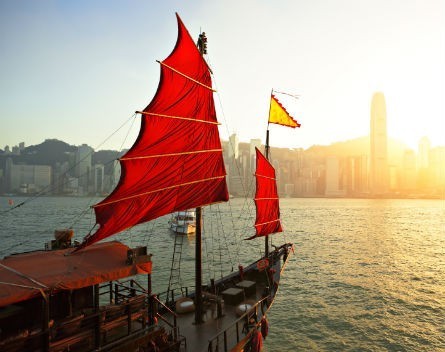 With a population of more than 1.3 billion, China represents one of the biggest and fastest growing markets in the world for Australian businesses – and tech startups are no exception.

Rick Chen, co-founder of Pozible, told StartupSmart the company’s Chinese arm is going well since it launched around nine months ago.

“We are seeing a lot more projects launching on the platform and a lot more innovative ideas,” he says.

“Our local community of users has grown very fast and dramatically over the past few months.”

Pozible’s first Chinese campaign, for a tech-enabled wristband called Gyenno One, reached its target of 10,000 yuan within a minute of launching and almost sent the server into meltdown.

“It kind of blew our minds a little bit, even though we were prepared,” Chen says.

“The size of the market is beyond comprehension if you grew up in Australia. So it’s very exciting but comes with all sorts of challenges.”

However, the number of potential customers isn’t the only thing startups should be prepared for when setting up shop in China, according to Chen. After all, Western startups have a “tremendous history” of failing in Chinese markets.

“Secondly, I would say understand the culture – it’s very, very important. It would be different for all these teams without any knowledge or understanding of Chinese culture to go into the market.”

Jamie Conyngham, founder of contactless communications startup Tapit, says an understanding of Chinese culture as well as strong contacts is critical when entering the Chinese market.

“Probably the most important thing is to have a joint venture partner in China who is connected to government in a credible way and has robust industry contacts in your area of tech or a related tech area,” he says.

Chen says preparing for a local visa as well as registering the business is also critical.

“It will be easier if you have a Chinese co-founder on the team,” he says.

“We’re lucky because I hold a Chinese passport… for setting up a business in China, it’s gold. It can be a nightmare though, so start preparing as soon as possible.”