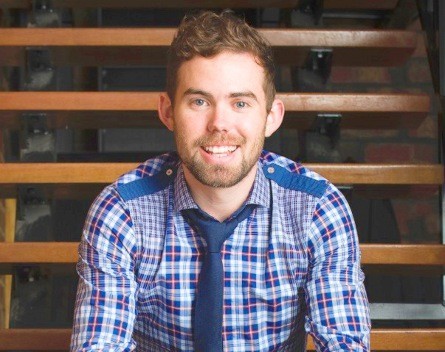 When Jamie Druitt’s wife left him several years ago, he desperately wanted to speak to other people who had been through the same thing. From that moment of pain, an online platform for teenagers struggling with mental health challenges was born.

TalkLife, which one Druitt the Best Social Change Entrepreneur title at the 2014 StartupSmart Awards, was launched in 2012.

While the seed of the idea came from his own struggle, Druitt told StartupSmart he realised there was a much greater need than his own.

“I don’t want to play down divorce, but when you’ve got miserable kids who don’t have family support or the right friends, everything else pales. We have to do something about kids who are self-harming all the time. Hearing their stories woke me up and shook me.”

Armed with the resolve to create a safe, 24 hour space for young people to share about their challenges, Druitt launched the site to mixed results.

“The first post asked why so many people were wearing jeggings (leggings that look like denim). It almost crushed me it was so frustrating,” he says. “But the site filled up quickly with young girls sharing about their self-harming, which is exactly who it was for.”

Over 5500 people between 13 and 21 use the site every week. TalkLife takes a team of over 20 volunteer moderators and eight admins to keep the community as safe and positive as it can be.

“We’re not even scratching the surface of what can be done for these kids yet but we worked really hard to make it a good space that doesn’t trigger anyone,” Druitt says.

This month, TalkLife is rolling out software that will let users select keywords about topics they find difficult. Posts and comments with the selected keywords will be blocked from that user’s experience of the site.

The site is a social enterprise, a charity built on a commercial model. It’s been bootstrapped by Druitt so far but they are exploring investment opportunities.

“We just don’t want to be reliant on government grants, rattling the can every few months,” Druitt says. “We’ve been really clear and upfront that it’s a for-profit organisation. There’s no profit coming in yet, but we let our users know the only way we can stick around and make it work for them is to bring revenue in.”

The revenue comes from in app purchases and advertising, but making it work for the users has involved some tough calls.

“Finding the funds to survive has been hard,” says Druitt, who quit his job in real estate last year to focus on this full time.

“We’ve been extremely careful to never make decisions that could hurt our users. We’ve had a couple of advertisers who want to exploit our community and we’ve said no even when we needed the money.”

The core team of TalkLife includes four volunteers (including Druitt) in Adelaide and nine paid stuff, such as developers, in Vietnam.

He doesn’t intend to bring professional counsellors onto the team.

“It’s not meant to be a replacement for professional services. It’s for that time at 2am in the morning when you’re thinking of doing something silly, and maybe people who are battling with the same stuff can stop you.”

They plan to release similar versions of the software for adults, including TalkCancer for those struggling with cancer and TalkDivorce, to come full circle on his original idea.