Startup gets ready to bin paper-based permission slips for schools 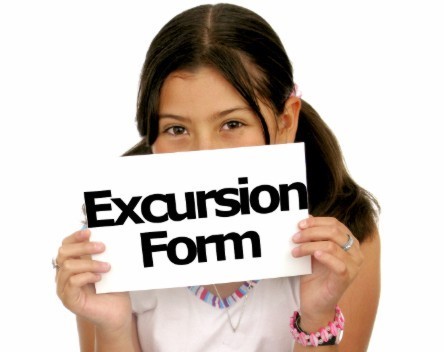 Every parent of school-aged children is familiar with the dreaded permission slip.

It has developed a platform that allows schools to create an unlimited number of customisable forms and uses a combination of email and secure webpages to capture parents’ responses.

Co-founders Fiona Boyd and David Eedle came up with the idea in 2007, but back then, it was met with little enthusiasm from schools. Last year, when Boyd was fed up with the amount of school permission forms they needed to complete for their three children, 32 in an eight-week period, they decided to try again.

Boyd says the feedback from customers so far has been great.

“One of our customers, Melbourne Girls Grammar, tracked very carefully the parent responses, and during their first week of using the platform, they sent a notification out at 9am on Friday. They had a 56% response on that activity by lunchtime and they said there’s no way we could achieve that with a paper-based system,” Boyd says.

“On average we’re seeing half of the parents completing and submitting their online forms within 24 hours.”

Getting a quick response isn’t the only advantage of the system. Boyd says a school with around 600 students would save between $27,000 and $32,000 in teachers’ and administrators’ time, as well as the cost of printer paper and toner.

The startup is also about to launch a new platform, targeting the aged care market, which they see as another industry where permission forms are a pain point. That platform is being trialled with Homestyle Aged Care, which operates 10 facilities in Victoria.

Boyd and Eedle have bootstrapped ParentPaperwork, with about $60,000 from friends and family. They’re currently searching for seed investors. Boyd says that capital will be necessary to help accelerate growth; although she’s confident with some more of their own funding the duo can bootstrap it to a point where it’s cash flow neutral, and eventually cash flow positive.

In August, Parent Paperwork won Startup Victoria’s first pitch event and scored a sit down with Gavin Appel and Dan Krasnostein from Square Peg Capital. Boyd says it was a great experience and loved working closely with other startups.

“Getting insight from other startups is really, really valuable and so much more credible than from those not doing the journey themselves, well at least at the very early stages when the going is tough,” she says.

“This is really significant to us as the whole pitching thing is something we didn’t feel so comfortable with and the four training sessions we did with Nic Hodges and Nick Rakis were brilliant in helping us refine our message to talk about what matters to an audience in a pitch. (Startup Victoria’s) Thomas Anbeek did a great job pulling the training sessions together and encouraging all the companies.”