Startup gives travellers chance to buddy up for local sights 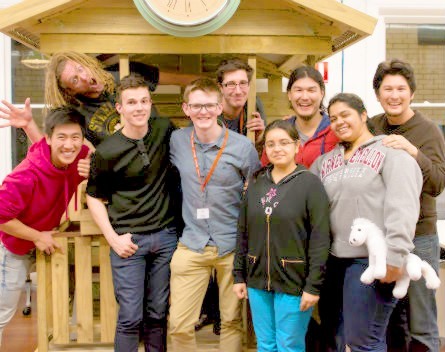 Startup Weekend Adelaide winner Travel Buddies has plans to link travellers with knowledgeable locals, to help them find those attractions that only locals know about.

Co-founder Hugh Brown says the idea for the startup came from the experiences of a number of the Travel Buddies team members while on university exchange programs.

During those exchange programs they would be linked up with a “buddy” who would show them around the new city and essentially act as an informal guide.

“We want to build a community of people who are willing to share experiences,” he says.

“The idea is rather than paying for a tour guide upfront, it’s a more organic experience.”

Travel Buddies would cost travellers a small fee, which the team hasn’t settled on yet, but Brown suggests might be somewhere around $10, to link them up with their travel buddy.

From there it’s up to the buddy and the traveller to organise when and where to meet, and what to do.

It could be something as simple as a coffee or beer at the buddy’s favourite café or bar, or something more complicated like a day trip.

Once the activity is completed, Travel Buddies would then prompt the traveller to offer a tip, which of course is entirely optional, but provides additional motivation for travel buddies to provide a great experience.

Brown says the idea is trying to harness something Couchsurfing offers part of the time, but not all of the time.

“Couchsurfing gives you accommodation, but everything else is subsidiary, that’s not its primary purpose,” he says.

“I’ve had great experiences couch surfing, but others were just like here’s a place to sleep. Which was fine. But we want to focus on that element of showing people around.”

So far the team has developed a website, which is not yet online, and plans on building a smartphone app too.

“We don’t know exactly what we need,” Brown says with a laugh.

“But it’s definitely going to go a long way because that’s $6000 we’re not going to spend.”

In addition to those prizes, Travel Buddies also received a scholarship from New Venture Institute’s Venture Dorm and an Incubator Residence.