Startup invites punters to take a gamble on fantasy sports 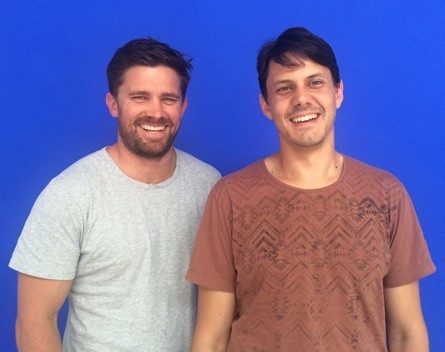 An Australian startup is trying to combine two of Australia’s most popular pastimes: fantasy sports and gambling.

The idea for FantasyKing was borne out of a conversation over a few beers between three friends in Melbourne.

Co-founder Andrew Whiteman says he’d been keenly following the perpetual rise of daily fantasy sports sites in America, which are yet to really take off in Australia.

“There’s a toe in the water at the moment,” Whiteman says.

“We’re both really interested in it and we decided that it was a viable option here, and we had a few ideas for how we would improve the user experience.

“Based on the hyper-growth over in the US we’ll definitely be at the forefront of the daily fantasy growth.”

Rapid growth in the US

In contrast to the more traditional model of fantasy sports which involves users picking a team of players and using it for a full-season, without any monetary rewards, daily fantasy leagues compress this model and allow users to pick an entirely new team each week, and bet on those teams.

It’s a concept that is growing rapidly in the US where fantasy sports platform FanDue paid out over $US400 million in winnings last year, and closed a $US70 million funding round. Rival DraftKings also secured $US41 million in funding last year.

The industry is expected to generate $US2.6 billion in bets this year, and will grow an estimated 41% annually to $US14.4 billion in 2020, according to Eilers Research.

Bringing the concept to Australia

With a culture that, for better or worse, embraces sports and gambling, it’s a concept that is likely to also take off in Australia, with more traditional fantasy sports platforms like News Corp’s AFL SuperCoach already very popular.

Using the FantasyKing platform, which has just gone live, users can choose a competition, picking either a paid or free league, create a team, and then play for real money, with the option of quitting at any point in the season.

After testing the concept with mates using Super Rugby, the startup will be first target the English Premier League, which is very popular in the Asia-Pacific region.

“We’re going straight to the EPL; it’s the most popular sport in the Asia-Pacific area. Being able to play day-to-day will also encourage users to stay on for longer,” Whiteman says.

“We’ve found that users have played and then had a few bad weeks early on in the season and they just lose interest.”

“With FantasyKing a user can come on and every week is a blank canvass. You can choose a team and the best players without relying on the previous weeks.

“You get a fresh start every week.”

Users can play for another from $2 to hundreds of dollars, and Whiteman says it involves much more skill than betting against a faceless corporation. In the US fantasy sports is considered a game of skill rather than chance according to the Unlawful Internet Gambling Enforcement Act.

“It’s very much a game of skill, and you have to know exactly how the players are going to play,” Whiteman says.”

The startup has been entirely bootstrapped by the co-founders so far, who are also juggling their jobs and other projects, although an investment round is on the horizon before the end of the year.

“We’re in talks with some investors, but there’s no rush based on the current runway,” Whiteman says.