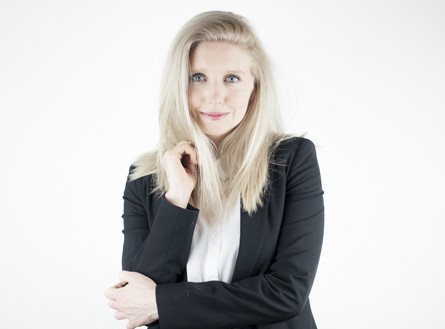 The Australian startup ecosystem is rapidly gaining momentum and opening up new opportunities, the largest survey of the community says.

The Startup Muster 2015 report canvassed over 600 local startups with over 70 questions to provide  insights into the ecosystem and its strengths, weaknesses and areas for improvement.

The survey is now twice the size from last year and nearly half of the respondents had created their high-growth companies in 2014.

The huge majority of these startups are based in Sydney which houses 44% of all companies, while Melbourne comes next with 17%.

Nearly half of the startups were post-revenue, averaging $236,000 annually.

The importance of community

The report also sees the startup community heaping praise on accelerators and incubators.

A quarter of those surveyed had been through one of these programs, and 40% said it was “critical” to their startup, 39% claimed it gave them access to investors that were previously unavailable and 25% said it got their product to market quicker.

Incoming startup muster CEO Monica Wulff says this is a testament to the importance of the startup community working together as a team.

“The sentiment towards accelerator programs and co-working spaces show how important it is to have and foster startup communities,” Wulff says.

“It speaks volumes and really illustrates the benefits that they provide to a startup.”

This aspect of community was again emphasised with nearly half of all startups making use of a co-working space.

The survey finds that although things have improved slightly from last year, the Australian startup community still has a stark gender gap, with only 24% of companies founded by women, up from 19% in 2013.

“It’s a number that should be, that needs to be and that we want to be higher,” Wulff says.

Of the founders included in the report, over 60% were born in Australia and 41% have post-graduate education. Over a third decided to get involved with startups due to dissatisfaction with a previous job and 12% were as a direct result of a hackathon.

Startups are also making use of other funding options that are on offer, Wulff says.

“The use of public grants as an option for funding rose and that’s really insightful,” she says.

“There are a variety of different options for funding and that is really valuable.”

Founders and entrepreneurs are taking full advantage of the increased attention on the startup sector, she says.

“Australian startups are taking advantage as much as they can of the opportunities in front of them,” Wulff says.

“There is more of a focus on branching out of Australia. It’s the Aussie ‘give it a go’ ethos.”

The majority of startups are spread between marketing, content, retail and Internet of Things and are centred on B2B and SaaS models.

The large challenges these companies faced internally were customer acquisition, funding and product development, while externally these concerns focused on the availability of technical talent, government grants and non-government funding.

Nearly 20% of those surveyed planned to relocate overseas in the future, while only 4% plan on listing on the ASX.

Wulff says these statistics on the overall startup community are “beyond valuable”.

“Up until now everything has been fragmented and it’s difficult to understand what’s happening overall,” she says.

“Australia is truly on the precipice of something amazing but the startup industry is a unique challenge to measure accurately.

“These stats provide information that can be used by a variety of ecosystem supporters and those within to make sound rational decisions and to effect change.

“We want to promote the concept of startups to the broader community and to place Australia as a startup nation.”