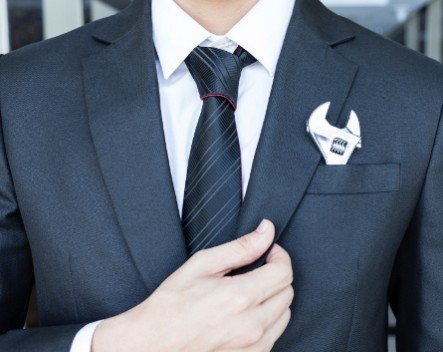 Startup Victoria chief executive Lars Lindstrom says there have been lessons in the six months since Startup Victoria launched, as Melbourne prepares for a national tech innovation conference called above all human.

“It’s been a group of people and a not for profit organisation finding its feet and its purpose. We want to see more tech success stories in Victoria, through a mix of more founders and better founders, and we’re working out ways to do that,” Lindstrom says.

“We run Lean Startup Melbourne meetup group, we had a chat with Paul Bassat in July, two weeks ago we had a full house for Steve Blank, and we’ve got an event coming up on December 1 with Dave McClure.

“That will be our first paid event – $40 to get in – but free for Startup Victoria members.”

As with any good startup or app, developing the organisation and learning what the community wants is an iterative process.

“We have learnt a lot about what our members want. One of these things is a big tech conference in Melbourne,” Lindstrom says.

“That’s what we’re doing with Above All Human, and it’s sold out – 500 tickets so far. That’s just off the Lean Startup Melbourne list.”

‘above all human’, a one-day tech conference, which will take place on December 9, from 8am to 5pm, at the Arts House Meat Market in North Melbourne.

“Y Combinator in live Office Hours on stage hasn’t been done before in Australia,” Lindstrom says.

“So Startup Victoria’s events are building on what individuals have done in the past. The problem with individuals organising events is they run out of steam. Putting on a big budget event Above All Human is not something an individual could do.”

While he has no firm numbers at hand, Lindstrom says he feels the Melbourne startup community is growing in momentum. He says he has been surprised by is the level of enthusiasm in the startup tech ecosystem.

“From feel, yes we are growing. There are bigger events, more people attending, and a growing awareness among corporates that to innovate they have to be close to the startup community.

“One of the things about being a startup founder is that you have to be an expert and you have to constantly pitch to your customers and staff that what you’re doing will be successful. But it can be tough.

“So networking means something different in startup land than for corporates. In corporations, you network to make contacts for your next job. In startups, you look for ideas you can apply to your startup. That’s why an ecosystem is more important.

“We feel the top 100 startup founders in Melbourne should know each other, so we’ve put together the Better Founders Group, where we put them in groups of 10 to meet up regularly.

“’above all human’ growing – with mainstream media we could have sold 8000 or 9000 tickets. It will probably double next year and grow from there. We can’t replicate South-by-Southwest, but we can grow to be the best tech conference in Australia,” he says.

“We will improve the monthly events with more big names, workshops, and a new initiative around office hours so members can spend some one-on-one time with members of the board.”