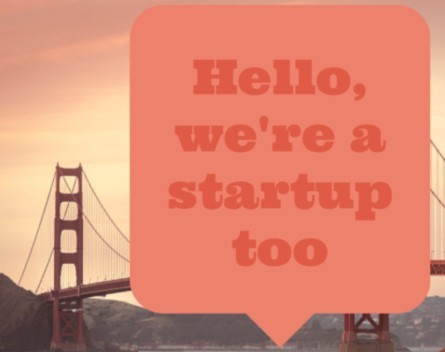 Everybody wants to be startup. Recently, The Guardian claimed they were one, along with Westpac and a number of other large and well-established companies. And if they’re not claiming to be one, they certainly want to get in on the startup action, the latest being KPMG.

The professional services firm has just announced a partnership with Artesian Venture Partners that will enable it to gather non-sensitive data, from up to 1000 startups over the next five years.

The data will come from a number of funds which it operates including, the Slingshot Venture Fund and the BlueChilli Venture Fund, the funds behind the Newcastle-based Slingshot Accelerator Program and the Sydney-based BlueChilli incubator. In addition, it also operates the Sydney Angels Sidecar Fund. It provides investors with tax free exposure to all those funds through its Australian VC fund, for which it’s currently raising $100 million.

Artesian Venture Capital COO Tim Heasley says the data will inject some much needed evidence into the Australian startup ecosystem.

“The partnership allows us to accelerate the capital raising for the (Australian VC Fund) through KPMG’s corporation connections. Importantly, it gives us a means of capturing and ultimately processing data from the Australian startup ecosystem, data that has been missing or lacking up until now,” he says.

“No one has a complete read on what’s happening, what verticals are being targeted? What are the technical of other backgrounds of founders? How many have had other successful startups? How many are women? Men? What age range?

“Once we have that info we can start reporting it in a meaningful way, we’re going to end up with a rich data set, and we’re effectively professionalising the startup investment scene in Australia.”

KPMG was one of three professional service firms that tendered to become Artesian’ s partner, with KPMG Australia head of innovation Martin Sheppard saying it’s an important milestone for the firm when it comes to doing business with startups.

“Proactively engaging with Australia’s startup ecosystem is critical to our innovation strategy,” he says.

They’re not the only ones seeing the opportunity. Telstra, was one of the first starting its Muru-d accelerator program. But there are other signs too.

Pollenizer, BlueChilli and 25fifteen are used to hearing startups pitching to them. Now they’re doing the pitching too. Competing to secure lucrative consultant-like roles with big incumbents in a whole host of industries, including banking, insurance, telecommunications, and logistics – shipping, warehousing, things of that nature. Services they provide range basic lean startup education courses, organising and running hackathons.

“Primarily what they’re aware of as a corporate is a lot of disruption in their industries is going to come from startups in the next five to 10 years,” he says.

“They can see evidence of this already, particularly in banking and insurance, in travel and even in industries like automotive and airlines. We’re starting to see online native, early stage startups creating industries that have never existed before massively disrupting traditional industries.

“So if there’s an opportunity to invest one million in a couple of years, in a startup that may eventually contribute 20% of your annual revenue, why wouldn’t you start exploring that?”

Jones says the nature of accountability in big corporates leads to a risk averse culture and that, combined with large slow moving corporate bureaucracy, means innovation is a weakness not a strength.

Realising this Woolworths recently made its own attempt to engage with startups when it launched its Wstart program. According to the program’s website it aims to foster Woolworth’s relationships with startups, bit at this stage is not doing much more than meeting with them.

The first event is speed dating that gives successful applicants a chance to showcase their idea “and gain insights from the Woolworths team”. StartupSmart asked Woolworths to elaborate on its goals, they types of relationships it plans on fostering with startups, and whether it might lead to investment.

“Wstart is a new program that aims to open up communication between Woolworths’ business and the startup community to drive innovation that will simplify the shopping experience for our customers and improve our business,” a spokesperson says.

“We understand for a lot of startups there are few opportunities to engage with industry leaders and large organisations. Wstart is an opportunity for them to network and be mentored by senior Woolworths executives and collaborate with likeminded individuals.”

No comment on whether or not it will lead to anything more meaningful, like investment or an ongoing relationship with the startups involved.

“We look forward to seeing a structured program in place which drives compelling outcomes for the startups involved,” she says.