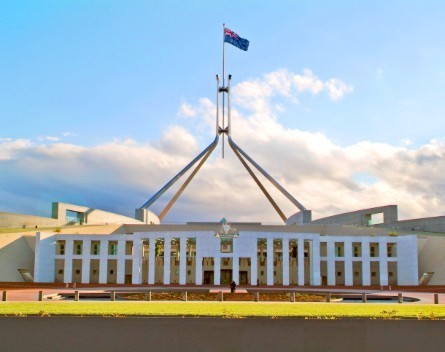 The Australian Financial Review is reporting that the Abbott government will be relaxing tax arrangements around employee share programs that have been in place since 2009, with the new proposal opting to tax employee shares only when shares are sold.

The AFR reports the Abbott government is considering a model along the lines of the UK government’s Sharesave scheme.

“To limit the cost to the federal budget and target startups and small to medium businesses, the new scheme could include eligibility rules, including taxpayer income and employer size, but will not have the punitive tax impact of the arrangements now,” the AFR reports.

Minister for Small Business Bruce Billson told StartupSmart that the changes were one of a number of measures being considered as a part of the National Industry Investment and Competitiveness Agenda, but fell short in confirming they were going ahead.

He says rolling back the harmful and damaging changes the previous Labor government introduced is a priority for him.

“We’ve seen those changes act as an enormous disincentive for enterprising people,” he says.

“This change is a key priority, but all will be announced when the National Industry Investment and Competitiveness Agenda is released.”

Billson noted that people still needed to keep in mind what is achievable “given a very tight budget situation,” and flagged eligibility and entity size as part of analysis of ESOP.

The competitiveness agenda is also set to include new arrangements for research and development and the commercialisation of new products from public institutions as well as the private sector.

The startup community has been vocal in its opposition to the current scheme, implemented under Labor in 2009 and formulated to stop executives ­earning more than $180,000 from minimising their tax.

The effect on startups, who often trade equity to employees to attract great talent and account for low salaries, was devastating, leaving many with an upfront tax bill on shares that were yet to be realised.

News of the probable changes has been greeted with enthusiasm by many who have been affected under the current regime.

“In a word: finally! Thank you to the government for finally removing this ill-conceived roadblock to Australia’s best people working in startups,” Blackbird director Niki Scevak told StartupSmart.

BlueChilli founder and CEO Sebastien Eckersley-Maslin, who has campaigned against the current ESOP scheme, was also enthused by the news.

“Ministers Hockey and Turnbull have been flagging changes since prior to 2013 election, so there’s been more than enough time to put forward new legislation,” says Eckersley-Maslin.

“We’re competing in a global talent market and we’re unable to reward and retain the best talent in Australia without these changes.

“Effective ESOP reform will cut the cost of early-stage startup innovation, get more innovation commercialised and help us create teams with a common purpose rather than an Industrial Age employer/employee relationship.”