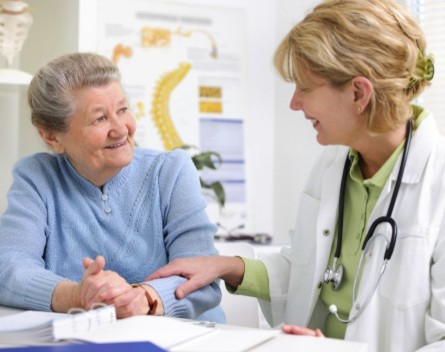 Tech startups are the key to combating the world’s health problems, according to an Australian entrepreneur who is now product lead at MyFitnessPal.

Nick Crocker told StartupSmart the world is seeing an ageing population that is becoming more reliant on the healthcare system, with an increasing number of people globally now being classified as obese.

“In this changing environment where everything looks like a really big problem, where are the solutions going to come from?” he asks.

“There is an enormous amount of optimism of the role technology can play in solving these problems. A lot of lifestyle diseases happening right now are happening because of the decisions people are making and technology can intervene at the right time, in the right tone.”

Crocker says unlike for example the media, the healthcare system is “still a long way behind” with people still filling out paper forms at a doctor’s office or using faxes to correspond with their GP. However, that is slowly changing.

“You see people who track their food and over time lose weight and make better decisions about what they eat,” he says.

“It’s technology that is enabling all of these interventions. Technology has this massive role to play in behaviour change, and behaviour change is one of the ways we’re going to collectively fix these problems.”

Crocker says digital health technology is in a similar stage to mobile phone technology when mobiles were the size of bricks.

“This is the time for people to be piling in and trying to help. It’s so different today to even what it was three years ago. Even just market penetration – awareness is so powerful and we’re only just getting started.”

However, health technology is not just for wealthy people in countries like Australia and the US, according to Crocker. He says countries like China, Brazil and Russia are ones to watch when it comes to health and fitness apps and wearable technology.

“MyFitnessPal is growing really strongly in some of the countries I mentioned and in fact around the world,” he says.

“We have 75 million users now, there aren’t that many more people in the US for us to reach – so the next frontier for us is global. And all these countries are going to catch up.”

As for what health tech startups Down Under should be focusing on, Crocker’s advice is for them to play to Australia’s strengths – for example, tech-enabled clothing for sport and outdoor activities.

“Sporting culture is really inherent in everything that we are,” he says.

“So I think the innovation we see out of our passion for sport is really, really exciting. The more we play to our strengths… the better we’re going to be because we have a cultural advantage there.”

Crocker will be returning to Australia to speak at Pause Fest 2015, which runs from February 9-15 in Melbourne.