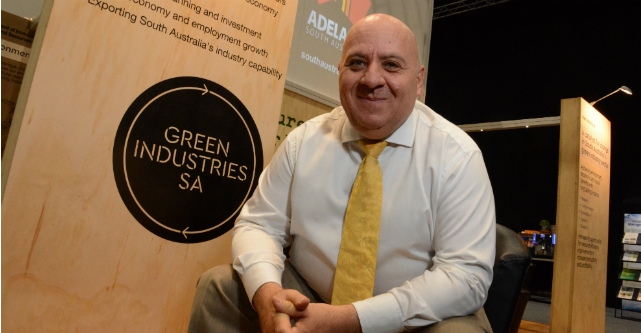 Adelaide’s leading global innovation accelerator is planning to list on the Australian Securities Exchange after four years of building world-class tech companies from the ground up.

Since launching in 2012, Innovyz has helped establish 50 startups, which have a combined value of $144.8 million based on their latest capital raises.

With these investments and current growth, Innovyz projects this value to exceed $1.5 billion by 2020.

Innovyz chairman Philip Vafiadis tells StartupSmart the accelerator has been able to achieve this growth by shifting its approach to innovation.

“We’ve pivoted the model away from the traditional startup scene and are working on hardcore commercialisation now,” he says.

“We’re getting access to the best innovation, now it’s time to scale.”

Vafiadis says this pivot has opened the door for Innovyz to work with a “different calibre” of innovative companies like Titomic, an industrial scale 3D manufacturing company developed from research with CSIRO.

“Everyone understands 3D printing now and we’re all excited by it,” he says.

But the 3D printers on the market, he says, are still incredibly slow, cost a fortune and the quality isn’t up to par for industry use.

Titomic has developed a proprietary process that opens the world of 3D printing to manufacturers.

“The titanium produced is more than thirty percent stronger [and] the powders we use are between $20 to $40 per kilogram.”

Vafiadias says the company has just completed a pre-initial public offering round that was oversubscribed by 500%. He cannot reveal the amount raised yet.

“The South Australian government has now included Titamoc as a strategic asset for growing the greater economy,” he says.

“It [shows] how one business that has a unique capability can attract many other businesses into Australia.”

Other companies Innovyz has developed, like Chromaspeed, have also come out of research papers.

“We took that out of Western Sydney University,” he says.

“One of the first projects that we are doing with them [is] is a liquid chromatography process. It’s a multibillion-dollar industry and this is the fundamental technology that will remove a significant bottleneck in getting the data from those medical requirements.

“It’s not just about helping the path labs and all the researchers in the field do work faster and cheaper. Every large health organisation is hungry for IoT [Internet of Things] application, they’re hungry for data to feed into their data systems.

“The ability to increase this for more testing for digital health systems [makes it] the perfect technology, at the perfect time,” he adds.

Innovation driven from the intersection of STEMM research and strong entrepreneurship is driving great returns for the Australian economy and it will continue to do so, says Vafiadis.

“One hundred percent of the last 13 companies that we worked with have agreed to move to South Australia; we’re not bribing them, nobody has given them perks, they just like the ecosystem that we’ve built,” he says.

“We do all the commercialisation work in Australia but we’re open to innovations from anywhere. Our mantra is that invention drives civilisation forward.”