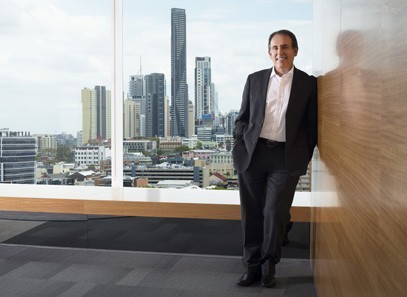 Although saying it’s still a step in the right direction, Di Marco says more needs to be done to support the local startup community.

The CEO of Brisbane-based TechnologyOne was disappointed by the statement’s definition of startup, with companies having to have less than $1 million expenditures and income of less than $200,000 to be eligible for many of the benefits.

Di Marco says some companies deserving of funds might be considered slightly too big to benefit.

“This was always a concern, I felt, with the innovation statement,” he tells StartupSmart.

“I felt it was a great direction, a great first step, but I thought it was a bit too mean-spirited.”

The growth of the sector

Some Australian sectors are still hesitant to invest in local technology, and it’s the government that is most susceptible to this sort of cultural cringe, Di Marco says.

But the Australian innovation scene is still a markedly different place to the one 28 years ago when he started TechnologyOne from an office behind an animal hides processing factory.

“These days when they start up they’ve got lovely offices somewhere like Paddington, but we did it a bit tougher,” he says.

“There was huge resistance to doing research and development in Australia back then.”

Since then, Di Marco has committed to supporting homegrown startups, with his most recent investment in accounting software company Practice Ignition.

The startup offers accountants a cloud-based platform to manage their relationship with small business clients.

“Like a lot of startups today, they are born global and think global from day one,” he says.

“And with modern technologies like cloud technology, you can do things that you couldn’t in the past.”

He joins MYOB co-founder Craig Winkler as an investor in the software provider, which is aiming to increase its uptake tenfold in the next year.

Di Marco says interest in the company is a sign of strength among Australian startups.

“There is a lot of positive energy around the tech startup scene in Australia now, and investment in companies like Practice Ignition is where the future of this country lies,” he says.