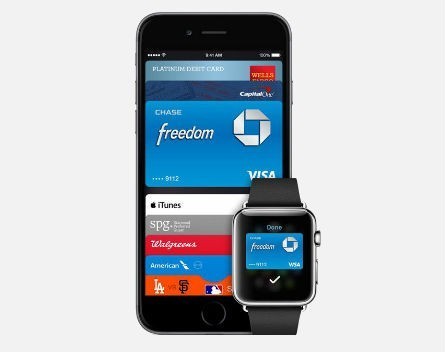 Australians can finally pay for something just by swiping their iPhones with the launch of Apple Pay on Thursday.

But it comes with one big caveat: it doesn’t work with any of the big four banks.

For the moment, Apple Pay will only be available on American Express credit cards, which accounts for about 17% of the market, as AP reports.

Those lucky enough to have an Amex card and an Apple device will now be able to scan it to pay for items at the large retailers across the country.

Banks have been resistant to Apple’s practice of taking a cut of the transactions, and the tech giant now faces stiff competition in the contactless payments game, with Google and Samsung recently launching their own ventures.

Unlike other tap-and-go services like PayWave, which has a $100 limit, there is no purchase limit using Apple Pay.

Tap-and-go payments are already well established in mainstream in Australia, and are more popular here than in the US, where Apple Pay has been available since October last year.

Apple Pay will also roll out in Canada, Spain, Hong Kong and Singapore this week.