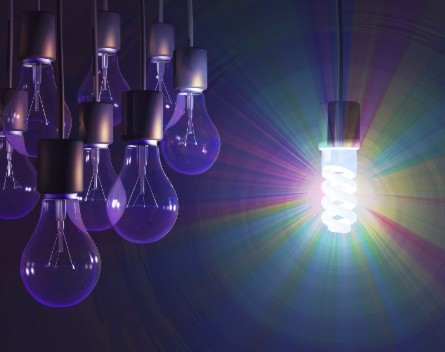 More than 40% of Australian executives believe SMEs and start-ups are driving innovation in Australia, according to a report released today.

But the GE Innovation Barometer also shows Aussie executives are struggling to convert their innovative ideas in practical business solutions.

One in five Australian executives surveyed say they have experienced innovation ‘inertia’, noting an inability to be nimble and a failure to rapidly convert ideas into actions, while 80% of executives indicated an ease in coming up with radical and disruptive ideas, but said turning ideas into action was difficult.

Suzana Ristevski, head of strategy for growth at GE Australia and New Zealand, told SmartCompany SMEs are leading the way in innovation because of their ability to be agile.

“They are punching above their weight and stepping up in terms of innovation,” says Ristevski.

Ristevski says SMEs don’t have the resources to spend years on an idea the way a big business might, so they go straight to market with their idea and if doesn’t work, they can easily pivot.

“They are constantly testing things… It’s OK if they fail, they’ll just drop the idea,” she says.

Ristevski says big business can learn a lot from SME’s culture of agility and smaller companies should take advantage of that unique skill.

“Small businesses should make sure to take advantage of being small,” she says.

In terms of nurturing innovation, Ristevski recommends SMEs consider collaboration and the different partners they could collaborate with; noting the report shows Australian executives are increasingly recognising the value of collaboration.

“Just because you’re small, doesn’t mean big partners won’t want to partner with you,” she says.

She says GE also recommends considering solutions to problems your customers have yet to consider themselves.

The report, which surveyed more than 3200 executives across 26 countries, ranked Australia 17th in terms of the overall perception of innovation.

Ristevski says innovation is the clear solution to the current challenges faced by the Australian economy due to a period of lower growth after the mining boom.

“We still have natural resource, a strong legal system, a great work ethic and we’ve got the ideas,” she says.

“If we can’t solve productivity challenges and we are less productive that other nations, we need to improve with innovation.”