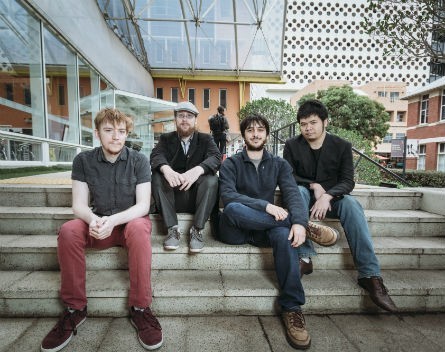 Australian startup Opaque Multimedia, which has developed a virtual and augmented reality platform that improves outcomes for people living with dementia, has won the World Citizenship Category at Microsoft’s Imagine Cup.

Opaque Multimedia’s Virtual Dementia Experience uses virtual reality to simulate the effects of dementia, so carers and families can gain a better understanding of what those living with the disorder are going through.

The startup, founded by Swinburne University students James Bonner, Liam McGuire, Chris Mackenzie and Norman Wang, beat teams from around the globe to win the World Citzenship Category and the $50,000 prize that comes with it.

It’s the second year in a row that an Australian team has taken out a major award at the Imagine Cup. Last year Team Eyenaemia was crowned Microsoft Imagine Cup World Champions for its technology solution that can diagnose anaemia with nothing more than a selfie.

Opaque Multimedia has been working closely with Alzheimer’s Australia Victoria to roll out the technology. It can be set up as a permanent installation, but also has the advantage of being able to be delivered via a cheap solution such as Google Cardboard. Crucially that allows not-for-profit organisations to use the technology as a teaching tool for carers and families everywhere.

Mackenzie says the $50,000 prize will be used to further develop the product in conjunction with Alzheimer’s Victoria. In addition to the $50,000 the startup also get to take part in a Bootcamp hosted by Microsoft YouthSpark, where the team will receive tailored advice on how to grow and develop their idea.

Mackenzie says the expertise of the judges and those delivering the bootcamp is what makes it such a valuable experience. Especially given the startup is already looking towards expansion and dealing with the challenges associated with it.

“We’ve already got a very strong partner (Alzheimer’s Australia Victoria) so our options are wide open at the moment,” he says.

“The VDE has paid for itself so far. We’ve got a few people talking to local Alzheimer’s organisations to work on a crowdsourced model.

“Now we’re working out how to take this from something that is centred in Australia, which can be rolled out around the world.”