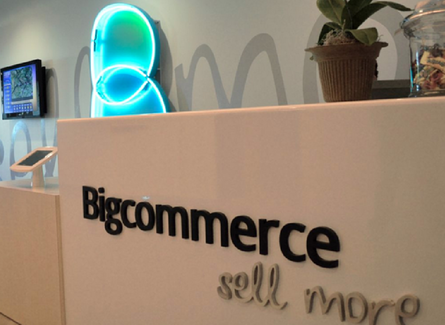 An Australian startup will be playing a big part in Twitter’s quest to become the “world’s biggest social marketplace”.

Sydney-based Bigcommerce has been announced as one of Twitter’s partners in launching the ‘Buy Now’ button, allowing users to purchase products directly from the Twitter feed without being redirected to an external site.

Other partners include fellow ecommerce platforms Demandware and Shopify, as well as retailers and brands like Best Buy and Adidas.

Bigcommerce CEO Brent Bellm says the partnership is a way for the startup to keep growing allow with its customers.

“Bigcommerce’s Twitter Buy Now functionality provides an opportunity for our merchants to significantly boost demand generation and sales for their business.”

He says Bigcommerce users will be able to increase mobile conversions, reduce checkout friction and increase sales through partnering with Twitter.

Merchants of the partnering ecommerce platforms can now utilise the Buy Now button to sell directly to Twitter users through tweets or promoted posts. The payments are handled by Stripe and synchronised through the partners’ software.

Twitter began testing the Buy Now button a year ago and it is now live in the US. It will roll out internationally next year.

Twitter’s push to be an ecommerce platform

This is Twitter’s latest push to monetise its large user base, something it seems to be struggling to do through traditional sponsored posts and advertisements.

In a blog post, Twitter VP of commerce Nathan Hubbard says the goal of this new service is to “make it as easy as possible for businesses to connect directly with, and sell to, customers on Twitter”.

“With Buy Now, businesses can drive more conversions and remove much of the friction in the mobile purchasing process,” Hubbard says.

“People will have even more opportunities to discover and purchase products from the brands they love on Twitter.”

“Users will get access to offers and merchandise they can’t get anywhere else and can act on them right in the Twitter apps for Android and iOS; sellers will gain a new way to turn the direct relationship they build with their followers into sales,” Jain said in a blog post.

Purchases can be completed with only a couple of taps, with users entering shipping and payment information via the Twitter app.

It’s a big endorsement for Bigcommerce that was founded in 2009. It has already received more than $100 million in funding, and has offices in San Francisco, Austin and Sydney.

Bigcommerce closed a $50 million Series D funding round at the end of the last year to help rapidly expand across the world, along with deals with the likes of PayPal and Square.