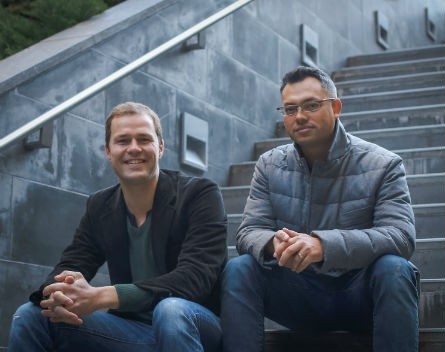 Ordering supplies in the hospitality industry is a costly and time-consuming process.

Melbourne startup Ooder, which launched last month, wants to change that. Supplier independent, the startup’s app allows its users to integrate all of their suppliers into one platform, allowing them to manage all of their orders in one place.

Many individual suppliers have apps that allow users to make orders. However, as most cafés or restaurants have up to 20 suppliers, Ooder co-founder Rob de Rozario says any benefits from an individual supplier’s app is lost. It’s just easier for customers to phone, text, email or fax orders to their suppliers as they normally would.

“You could have a perfect online ordering system, perfect user experience. But if you’ve still got 20 or 30 different systems to use, it’s very inefficient,” he says.

“For the customer, it doesn’t make any sense. In the end, it’s still easier for a chef to pick up a phone or send a text than logging into 20 different apps.”

Co-founder Christian Mildner adds there’s also a benefit for the suppliers who struggle to get users to adopt their own ordering platforms and then need to process orders manually. That means answering lots of phone calls and text messages.

“We add a lot of value for the suppliers from the startup, it’s not just streamlining restaurants’ processes, but also those of the suppliers,” he says.

The startup launched last month in beta and is working with a number of restaurants, cafes and suppliers across Australia to validate and hone the idea.

“We have a very enthusiastic group of early adopters,” Mildner says.

The startup is being funded by its founders, but they plan on looking for seed investment later this year. Mildner says Ooder is offering the app for free and is working on premium subscription features, like supplier discovery, that will be finalised and implemented in the months ahead.

According to IBIS World, there are 6701 cafes and coffee shops and another 8747 restaurants generating total revenue of about $12 billion. Of that 12 billion, de Rozario estimates about 38% goes to suppliers. But Ooder has its sights set on more than just the Australian market.

“We see this as a global problem and we’re definitely aiming at solving that for everyone,” he says.