Australian innovation: Three stereotypes we need to turn upside down 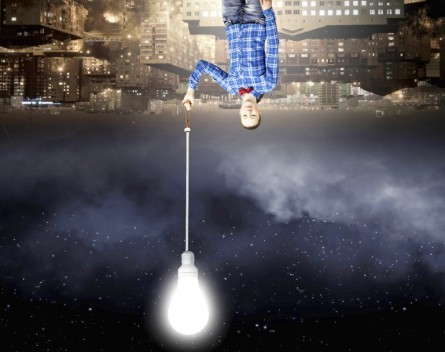 Stimulating startups, innovation and STEM (science, technology, engineering and mathematics) is critical for Australia’s economy. But we need to challenge some of our beliefs about who can and can’t do these things if we want to lay the groundwork for substantive change.

I’m confident there is a growing sense of urgency around the critical link between startups, STEM and technology and Australia’s future prosperity, with tangible initiatives, focus and metrics in how these are stimulated appearing in many corporate, education and community initiatives.

If Australia is truly going to increase innovation and leverage digital tech on a global scale, then we must make some key changes. “Start ups” and “STEM” are stereotypically synonymous with a younger generation. These stereotypes are unnecessarily narrow. At some stage our ideas of who can and can’t innovate with technology (which currently exclude corporate, small business and those outside their 20s or 30s) will become self-fulfilling and self-defeating.

We need to invest in building a nation that leads in STEM and critical thinking. Australia invested just $4.5 per capita in venture capital for startups last year, compared with $120 in Israel, $85 in the US, $20 in South Korea and $15 in the UK.

We must also take steps to stimulate innovation beyond the stereotype of the young, tech-enabled crowd.

Here are three stereotypes we’d do well to reverse.

Young entrepreneurial types start from the beginning with building a customer base or idea, and without the constraints of towing caravans of what they should adhere to. We know that a lack of business skills,
networks and scale are the main reasons startups often fail, and venture funds look for these very things – previous attempts in the form of second-time-around founders, or those with prior business exposure.

What if we took entrepreneurs starting out and gave them a position in large corporates? Switch the assumption that young entrepreneurs only belong in startups and create an employment construct where, say for two years, they have a direct reporting line into leadership to work on new services or products.

It’s possible to find the right balance of new thinking, to create options from alternate perspectives, and in delivery, to combine the skills and diversity of that approach with leveraging the commercial, scale, marketing and regulatory expertise of a large corporate.

It’s evident that after a few years’ experience and building expertise, there are corporate or medium-sized business employees who have a good balance of business experience and feel an urgency to fill a gap in the market. If they don’t, it’s often because they have financial commitments or dependents and fear if they leave the paid workforce, they’ll be locked out.

According to a Kauffman Org report, the average age of successful founders is 40, with twice as many successful entrepreneurs over 50 as there are under 25 years of age. Experienced entrepreneurs will probably have had experience in people management, scale and financial management to assist the odds in expanding.

We’d do well to reverse the cliché that those of middle age are too late to the game. Such people are experienced in business, scale and leadership and have strong relationship networks to leverage, as well as second nature digital literacy.

The suggestion is to offer more middle management the opportunity to take a leave of absence to focus on a new startup idea. Benefits to the sponsor organisation are many. An employee who has been with you for eight years would be revived and focused when they returned after 12 months establishing their own business idea. The sponsor organisation may offer a program, part salary, grant or leave without pay for the employee to have that opportunity.

It could then take first right to buy, bring the idea into the organisation under terms, partner or procure. It could be the organisation’s data or API is leveraged. We know corporates aren’t short of ideas or highly intelligent people, and we know Australia needs more successful startups.

As a quick litmus test, in the PwC innovation team 80% have had their own successful startups or been working in the startup scene, with each returning to corporate life passionate about re-inventing Australia’s corporates and governments.

Stereotype #3 – More experienced people are neither innovative nor technology literate, and the business of solving problems is best left to younger generations

There’s nearly everything wrong with this perception. Reversing it, and providing the missing link, could have a profound network effect. By the time many in this older generation retire they will have been using smartphones, downloading apps – with higher mobile adoption rates than most countries in the world – and using Google, Amazon, eBay, for example, for 15-20 years.

The size of the generation ranging 50-60+ years is increasing as a percentage of population. This generation consists of people who are mostly still fit and active, will live 20 more years after retiring, have good business networks and employment experience, have paid off their assets and have access to their super funds.

As Bernard Salt pointed out in The Australian recently, the way we think about 55+ year olds is now different in an age when we live to beyond 85. Most aren’t retiring, but adopting “portfolio lifestyles”.

How great would it be to see this generation of entrepreneurs celebrating a new phase of their lives, and instead of being positioned as a social services consumer, becoming the innovator or mentor or partner with young Australians in business: An architect in her 60s combining with a manufacturing tech-savvy person in a 3D printing venture; or a semi-retired doctor using augmented reality for remote patient diagnosis.

Reversing these three myths and providing the missing support will stimulate innovation across the nation, leverage established human capital and accelerate Australia to fire on all innovation cylinders. Reversing each stereotype embodies diversity of thought. It would help accelerate a nation of innovators and create momentum in the economy for technology-literate people and jobs.