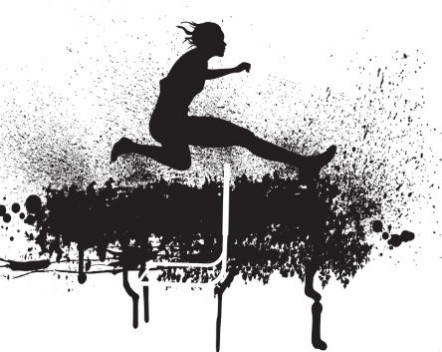 Training for the Commonwealth Games and launching a startup have more in common than people realise, according to Australia’s fastest hurdler.

Nick Hough is about to represent Australia at the World University Games in Korea. However, off the field he is the founder of GradeProof – a mobile-first app designed to help people proofread their essays and check for unintentional plagiarism.

Launched around a month ago, the platform has around 1500 customers – so far doubling its user base every week.

“Basically it allows you to import your paper from anywhere – whether that’s email or the cloud – and then you run a series of checks on it,” Hough says.

“The first is a grammar check, which finds grammar errors standard word processors won’t detect. Then the main part of the app is to help you rewrite your writing… this can be set to either increase or decrease your number of words if you need to meet a specific word count. And there’s a plagiarism checker there, which checks millions of web pages.”

Hough says he came up with the idea for the app because he has always had difficulty putting his ideas down on paper.

From there, he realised that despite essays being a critical part of the education system, not everyone is confident with their writing – particularly if they like to take more of a hands-on approach or English is not their first language.

“So I put my IT knowledge into practice and decided to build a tool that would help students and business people worldwide,” Hough says.

“And it’s not only for people that don’t know how to write well – we’ve seen journalists and lawyers put their papers through it as not everyone is perfect and there’s many ways to improve your writing.”

Hough insists the app is not there to help people cheat. Instead, the app acts as a more comprehensive grammar and spell-checker.

“If you worked at it for hours and proofread your essays, you could probably do it just as well if not better than the app, but the app can help you do it in a matter of seconds,” he says.

“The plagiarism checker is in there to make sure you haven’t done any unintentional plagiarism and to highlight those instances to you. You are only allowed to do it once per essay whereas you can do the other services as many times as you like.”

Asked whether launching a startup or running the 110 metre hurdles was harder, Hough seemed unsure.

“They’re both pretty hard,” he says with a laugh.

“I think the track and field has actually helped me work away at a business as I’ve been doing athletics since I was nine years old and training every day since I was about 13, working towards the one big goal. Running a startup is the same thing – you work away for months at a time not knowing if your idea is going to be successful or not.”