Australia’s transitioning economy and the myth of digital disruption 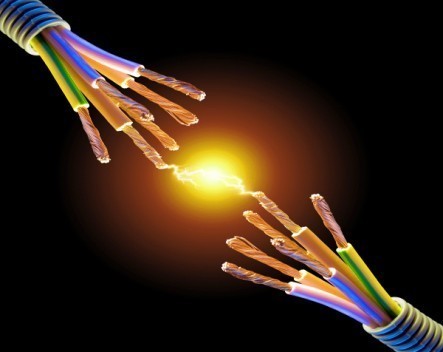 In this ‘Economy in transition’ series, we explore the new economy facing Australia and the opportunities available to help the country shift from a minerals-led powerhouse, to a smart competitor in emerging global sectors. Today, we look at the effects of digital disruption.

Digital disruption is a phrase increasingly bandied about when it comes to the Australian economy, but how deeply do digital technologies really penetrate Australian industry?

A good analogy might be that of electricity. Electricity was generally “known” about in the late 18th century, but it wasn’t until the 1870s that a practical electric motor was constructed and then the early 20th century until connection to the electric grid was commonplace for households and general industry. New uses had to be imagined, costs reduced, standards set and infrastructure put in place. We call electricity an enabling technology – which means it has little value in itself, but immense value if combined with associated technologies to produce goods and services that are cheaper, better or both.

Digital technologies are commonly regarded as the “electricity” of the 21st century. Growing out of the pioneering work during and after World War 2 by computer scientists Claude Shannon and Alan Turing (among others), it has taken 50 years for computers, programs and infrastructure to broadly penetrate households and garden-variety businesses.

According to the Australian Bureau of Statistics, 92.6% of businesses had internet access in 2012-13 – the lowest rate being in the hospitality industry (73.5%). We are probably close, in 2015, to saturation given the recent trends in connections.

Classically, new technologies – in the broad meaning of the term which includes new ways of doing and behaving as well as physical machinery – have two types of impact. It may be disruptive in the Schumpeterian sense of destroying the old and creating the new; or it may merely transform and modify existing industries and products.

The news constantly reminds us of the first type – the havoc sweeping through media, marketing, information retrieval and storage. Yet, less is mentioned about the quiet revolution going on inside seemingly static and steady firms. How widespread are the new digital technologies that sustain and extend existing business models? And what are the characteristics of Australian businesses that have embraced common forms digital technology?

A hallmark of businesses on the forefront of digital technologies is the use the internet to actively seek and communicate with customers and suppliers; create an internal digital systems for reordering supplies, invoicing, and production operations; and linking internal systems to suppliers’ and customers’ systems.

Possessing an internet connection is a very minimalist level of digital buy-in and is not in itself a distinguishing feature. The latest Australian Bureau of Statistics has revealed that despite nearly universal internet coverage, only a minority of businesses actually use the internet for placing and receiving orders.

By 2012-13, only 30.2% of Australian businesses took orders via the internet and these were disproportionately in the areas of information and media technology, wholesale trade and manufacturing. Agriculture, forestry and fishing; finance and insurance and health and social assistance were relatively untouched, with only one in five businesses taking internet orders.

Businesses were more likely to place orders with suppliers, compared with customers, via the internet. About half the population used this medium. Presumably much of this trade in goods (and services) is ad hoc as only 18% of businesses had formal online ordering through their website and only 13% provided online payment facilities.

So whereas, most householders would regard using the internet to buy and sell products a prosaic activity, its penetration into Australian industry is not the dominant channel most businesses use. What about more sophisticated forms of system management such as the automatic linking of the business’s IT system within itself and with external businesses?

According to the Australian Bureau of Statistics, only 11% of businesses linked their internal ordering systems; 6% had internally linked invoicing and payment systems; 4% had linked production and service operations and less than 1% had linked logistics systems in 2012-13. The numbers having automatic links with external suppliers and customers is similarly low at around 6-7% each.

What do we know about the characteristics of firms who use these top-end digital business systems? Businesses which have these sophisticated linked IT systems are vastly more productive that those that do not, although we are not able to establish a causal connection.

These businesses are much more likely to have introduced new products; operational processes; managerial changes and marketing methods into the business in the previous year. Surprisingly, they are not young firms – on average they have been in operation for about 40 years (compared with 28 years for all firms). But not surprisingly, they are much more likely to be an exporter than businesses without these systems.

It is difficult to say what this means for Australian business – whether the uptake of linked IT systems is low, appropriate or too high – if we just view this data on its own. However, one would think that efficient, accurate, fast and comprehensive information systems would be a high priority for industries located in a small economy far from the big markets in the world.

As production becomes more globalised and the successful creation of high value-adding jobs depends more and more on contributing to highly competitive global value chains, you would think that removing coordination and imperfect information obstacles would be a priority for business. This makes the figures of 6-7% seems small and hopefully just the beginning.

Read more in the series here.

Elizabeth Webster is Director, Centre for Transformative Innovation at Swinburne University of Technology.