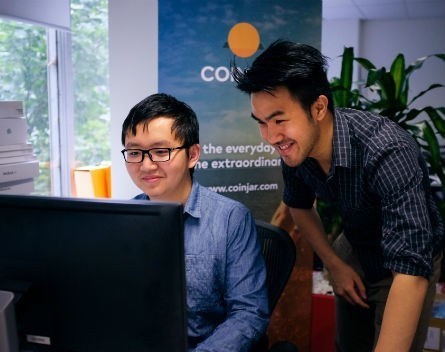 Winners and losers have been chosen from the first wave of bitcoin startups, according to CoinJar founder Asher Tan.

The Melbourne founded startup which has a presence in the UK, is a bitcoin exchange and wallet provider, allowing individuals to buy, sell, store and transfer bitcoin.

It also has a bitcoin debit card, CoinJar Swipe, which automatically converts bitcoin to Australian dollars when it is used as a payment method or to withdraw cash.

Tan says that from the first wave of bitcoin startups, those that offer the ability to buy, sell or store bitcoin, the leaders are starting to break free.

“The guys who are ahead are starting to pull away, now that bitcoin has been accepted as a technological breakthrough,” he says.

“A lot of the infrastructure that companies like CoinJar have worked on over the last two years has been stable enough for other people to start working on their own projects. People are starting to toy with new ideas.

Where CoinJar will fit into that consolidation is not yet clear. Tan recently travelled to the US, where he visited Boost VC, a startup accelerator that focuses on bitcoin, virtual reality and augmented reality. He wouldn’t comment on CoinJar’s runway, revenue, or fundraising status, except to say “hopefully in the next six months it will become clearer”.

Recently Coinbase, one of the world’s leading bitcoin exchange and wallet startups and a CoinJar competitor, announced that Westpac-backed venture capital firm Reinventure had participated in its $US75 million Series C round in January.

Meanwhile CoinJar’s own expansion in the UK is taking longer than expected.

“The UK is still in the works, some of these things take a bit more time,” Tan says.

As for the bitcoin ecosystem more broadly, Tan says the currency’s stability over the past few months, relative to its turbulent history, has moved the focus away from speculation and towards real use cases.

“You can see a lot of the speculation drop. The high prices have come down and people are now focused on practical applications,” Tan says.

“Our fastest growing product right now is our bitcoin debit card, and that’s a great example. It’s completely non-speculative in use, but gives real utility.

“Early on you had bitcoin exchanges, bitcoin wallets were founded because there was nowhere to buy your bitcoin, hold your bitcoin, sell your bitcoin. Now that the market is quite stable, it will be interesting to see what’s next.”