Increasing research commercialisation is a big challenge for universities 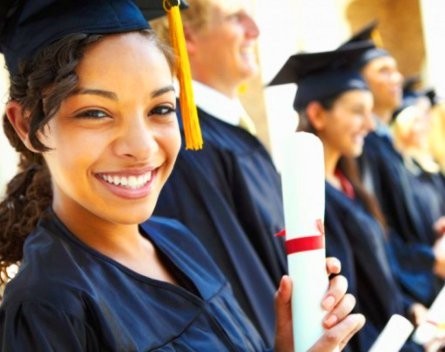 The world’s most prosperous and advanced economies are “innovation-driven”. They have strong national innovation systems that are built on a foundation of close relationships between the research and industry sectors.

On May 26, the federal government released its Boosting the Commercial Returns from Research strategy to strengthen Australia’s innovation system. This has been in the works since 2014 as part of the government’s wider Industry Innovation and Competitiveness Agenda. That agenda’s report identified four “ambitions” for economic reform:

What emerged from a discussion paper and submissions on boosting commercial returns from research is a focus on addressing five key weaknesses in Australia’s innovation system. One of these is the role universities play in commercialisation.

To address these concerns, the government has proposed changes to how Australia’s publicly funded research agencies are supported and how their performance is managed.

The government’s plan for change

To boost the commercialisation of Australian research, the government has identified six areas for attention. The first of these targets is the A$1.77 billion spent per year on competitive research grants, with a view to changing the assessment criteria to help encourage university researchers to collaborate with industry.

The second targets the National Collaborative Research Infrastructure Strategy (NCRIS). This provides funding to establish research facilities and systems to foster collaboration around major strategic projects. In 2015-16, A$150 million was allocated to the NCRIS. The government plans to develop a “roadmap” to guide future investment to align it with stronger research-industry collaboration.

The third area focuses on helping academic researchers to negotiate with industry over intellectual property (IP) rights. The government has developed an “IP Toolkit for Collaboration”. Over the longer term, the aim is to introduce a whole-of-government policy to improve business and community access to publicly funded research.

The fifth area seeks to develop better metrics to measure research-industry collaboration and the transfer of knowledge across the two communities.

The sixth area aims to leverage the Medical Research Future Fund to strengthen the commercialisation of medical research.

The role of universities in innovation is complex. In general terms, universities have three primary functions: research, education and industry engagement. So how will they need to change as a result of the government’s new strategy?

Australia’s relatively small university sector has a good track record in basic research. In 2013, they contributed around 4% of the world’s total academic research output and 6.7% of the papers published in the top 1% of academic journals.

A second role played by universities in innovation is to educate future engineers, designers, scientists and managers who will work in industry. In this regard, Australia’s higher education sector is world class. This is reflected by education being one of Australia’s most important export industries. In 2014, it generated around A$16.3 billion in export income and placed Australia as one of the leading education service providers globally.

Despite these strengths, the third role played by universities needs improvement. Australia ranks at the bottom of the OECD group of advanced economies in terms of collaboration between its university research sector and business, particularly small to medium enterprises.

The track record of commercialisation of university research is equally poor. In 2012, 90% of patents filed in Australia were attributed to non-residents. The proportion of research publications co-authored by Australian academics and industry partners is also low.

The challenge of change

As I have previously written, universities and academic researchers are not oriented towards commercial outcomes. There are disconnects around culture, outlook and goals.

Universities will need to change their missions and policies to break down the layers of bureaucracy and develop more entrepreneurial cultures. They will also have to change their performance management systems to encourage more industry engagement.

This must reward researchers the same way that success in publishing in academic journals does. Academic career paths will also have to include more time working with or within industry for the government’s strategy to succeed.