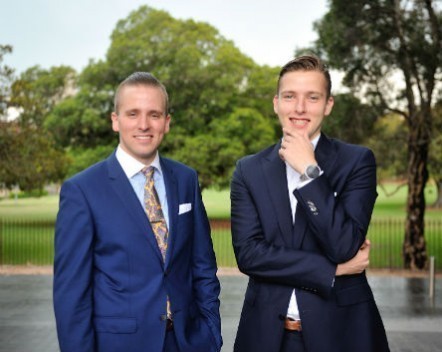 A Sydney startup has developed a keyboard that adapts the signage on its keys according to the app being used at the time.

Sonder Design’s Sonder Keyboard eliminates the need to memorise keyboard shortcuts for apps, or games. The e-ink display automatically presents app-specific keyboard layouts for whatever program is being used. For games, it might mean that the W, A, S and D keys become up, down, left and right arrows.

Sonder Design chief technology officer Francisco Serra-Martins, who founded the startup with his twin brother Felipe, says the idea was borne from years of frustration with trying to remember keyboard shortcuts.

“Although perhaps cliché, Sonder was inspired by the late Steve Jobs; specifically, his iPhone Keynote address at MacWorld 2007 where his vision of a new user-interface for a smartphone inspired us to further develop the keyboard,” he says.

“The tool which connects us to arguably the most revolutionary invention ever created, the computer.”

Sonder Design’s Sonder Keyboard has already received over $30,000 worth of pre-orders, without any real marketing effort, and before launching its crowdfunding campaign. It’s not without competitors; Lebedev’s Optimus Popularis is already on the market for $US1500, while Jaasta has a similar product yet to be released. Sonder’s keyboard is available for the early-bird rate of $199 and a retail price of $350.

The startup is based at ATP Innovations and is a graduate of the University of Sydney’s Sydney Genesis and INCUBATE startup programs. Outside of a small amount of funding, $5000 from INCUBATE, $2000 in prize money from Sydney Genesis, and $15,000 in matched funding from a New South Wales Trade and Investment grant, the startup has not raised external funding.

A Kickstarter campaign is planned for later this year and the startup is already in discussions with “leading international retailers” about exclusively distributing the keyboard. The startup is negotiating third party licences so its technology can be integrated into other companies’ products.

Serra-Martins says it’s not easy being a hardware startup based in Sydney.

“Frankly, if you’re a hardware venture, there’s a real truth to Shenzhen being the new Silicon Valley – the city is arguably the electronics capital of the world,” he says.