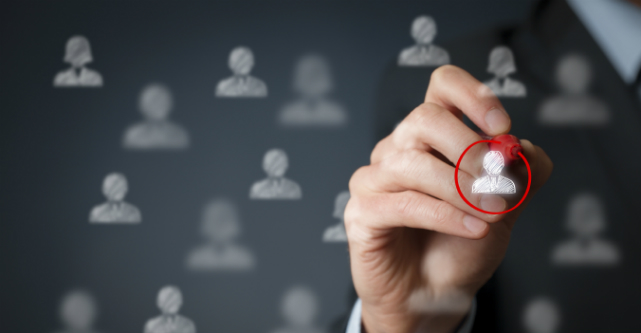 As the pressure ramps up on Human Services Minister Alan Tudge over Centrelink’s most recent attempts to claw back billions paid out through the welfare system, the department is putting together a new procurement panel for “advanced customer aggression training” and preparing to roll out front-line virtual assistants.

The request for tenders to join a panel of advanced customer aggression training suppliers went out last year, only just before the rolling #notmydebt public relations disaster hit the headlines and began to build up steam over the summer break, rapidly getting its own website where aggrieved citizens share their tales of woe.

The Department of Human Services requires “more robust, specific and experiential learning options to equip service delivery staff with de-escalation techniques and skills when managing challenging, escalating, and risky customer aggression situations” for customer-facing staff, team leaders and managers, according to the notice.

As well as de-escalation, negotiation and other conflict resolution techniques, groups of up to 18 staff will learn how to “safely disengage from the customer” when it isn’t working, as well as emergency response and post-incident procedures.

The department suggests the courses might include role-playing scenarios filmed by the training provider.

Meanwhile, DHS has also been playing around with virtual assistants, so perhaps one day, the worst aggressive customers will be able to do is rage against the machine, literally.

One virtual assistant called Roxy, based on Microsoft Cortana technology, is reportedly already answering almost 80% of questions raised internally by claims processing staff while two other separate systems based on IBM’s Watson might begin taking on front-line customer service duties in the next few months.

Customer aggression faced by Centrelink can take many forms and occur through various communication channels.

The Community and Public Sector Union has long argued it is far too common and a result of inadequate staffing or mandatory policy and procedures that are not fair to welfare recipients, such as the new arrangements for raising and recovering suspected over-payments.

The union has warned of a “perfect storm” when the debt recovery program combines with the annual “avalanche” of student applications for Youth Allowance.

“We hold very serious concerns about Centrelink’s ability to cope in coming months.

“Our members working in Centrelink, Medicare and Child Support were already desperately overstretched.

“They’ve been struggling in a system that’s been in crisis for years now. The serious problems with this debt recovery program are piling on even more pressure, and feeding more aggression from understandably frustrated customers.”

The data-matching system flags possible debts by simple comparison of Tax Office and Human Services data and appears to require significant human interpretation to be an effective digital tool.

Elements of it began under the previous government but the program was massively scaled up last year, in terms of how much money the current government wants it to get back, and how quickly.

It seems that automating more of the process to speed it up has led the system to spit out notifications of potential debts that are based on clumsily averaging out a whole year’s income, so the system arrives at a uniform figure for monthly income that in many cases is wildly inaccurate, without human intervention to check over them.

It is normally the creditor’s role to show its working-out, according to generic advice about debt collection from the Australian Competition and Consumer Commission.

Tudge denied the problems with the system and said it would continue but later said the government would try to refine and improve it in coming months.

The minister says one problem is a lot of people are not receiving the initial letters advising them of a potential debt and giving them less than a month to respond, because Centrelink has the wrong address on file, so the first notification they get takes a more aggressive form.

Now, the minister says Centrelink will make more effort to ensure the initial requests are actually received by the addressees, by cross-checking with other databases like the electoral roll and using other communication channels.

Other minor changes include adding the agency’s 1800 phone number to the letters and simplifying the language used.

In a more substantial concession, the debt recovery process will be now put on hold for people who receive the initial requests for more information about their past finances and request an internal review.

According to a report in The Australian, they won’t have to start paying any claimed debt immediately “provided they can prove it was the first notification they received”.

Tudge maintains there is nothing wrong with sending letters to people who have received welfare payments to say there is a “discrepancy” and ask them to provide more information to clarify whether they owe the government money.

He says it is not an “error” if it turns out there is no debt to repay, but the result of the system functioning as intended.

Earlier in January, while Tudge was still on holiday, Social Services Minister Christian Porter said at that point, about 20% of around 170,000 people who received letters asking them to clarify data discrepancies had been able to prove they did not in fact owe anything.

Tull, meanwhile, says DHS staff “on the ground” could have told the government about the risks ahead of time and claims “almost every” data discrepancy flagged by the system ends up being a false alarm to some degree.

“We have members in Centrelink who’ve been tasked with reviewing cases through this scheme saying in almost every case the poor customer ends up owing nothing, or just a fraction of the debt claimed,” said the union leader.

“In at least one case an initial debt for $9,000 ended up being $90. That’s not a minor discrepancy but a clear sign of a failed system.”