Over the moon: Code Club Australia aiming to break a world-record with 10,000 kids coding 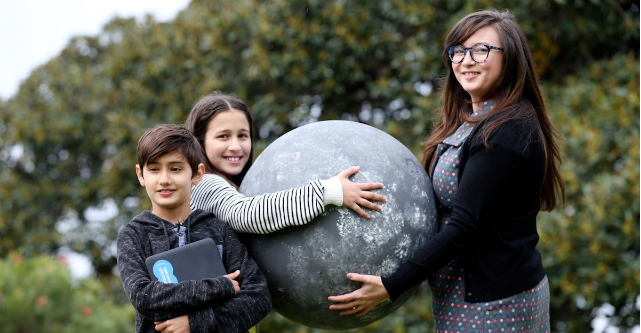 Code Club Australia will be attempting to “make history” this month by bringing together more than 10,000 children across Australia to break a world record in coding.

Moonhack will kick off on July 20 with children across the country using a picture of the moon to code games, animations and the like in a nationwide event.

Code Club Australia is aiming to set a world record for the highest number of children coding at once.

The event will coincide with the anniversary of the Apollo 11 landing, and is aiming to raise awareness about the future of science and tech by putting those who will lead it front and centre, Code Club Australia general manager Kelly Tagalan says.

“We want kids to really understand that there was an Australian innovation during the Apollo 11 moon landing that had a really big contribution,” Tagalan tells StartupSmart.

While kids dream of being an astronaut like Neil Armstrong, Tagalan says there are many unsung heroes like general Margaret Hamilton, who headed development of Apollo’s on-flight software as an engineering director before founding Hamilton Technologies.

“What about the engineers, the computer programmers that also had a part in that?” she says.

The idea to launch Moonhack came from Tagalan wanting to accelerate Code Club Australia’s mission of giving every child in the country access to coding and digital education.

“I was thinking about something that would truly engage all kids in Australia,” she says.

“Participating in a world record setting event is exactly that target.”

Growing from one pilot program in Western Sydney, Tagalan says the organisation has now set up coding clubs in nearly 1000 schools.

But there are more than 8000 primary schools across the country.

“You can see we’ve got a bit of work ahead of us,” she says.

To empower more young Australians to dream about the broader pipeline opportunities in STEM as well as their power to be tech creators, Tagalan and her team are actively working with educators around the country, particularly regional towns.

“Code Club Australia’s biggest goal is to have one operating in every school,” she says.

“There are lots of kids between there that may be missing out on the opportunity.”

To address this, Tagalan says they are working with teachers in regional towns to strengthen their skills and ability to provide digital tech education.

“It’s about giving more educators confidence to go through the same professional development with us and show them there’s a new way of teaching which is all about facilitating learning, not just drawing from your own expertise,” Tagalan says.

Moon Hack’s campaign comes on the back of an intensifying spotlight on the need to improve digital literacy and empower the future workforce with STEM education.

Another major challenge Code Club Australia is tackling is the gender imbalance in the STEM sector.

She says creating gender neutral environments that support and encourage all children equally is critical in ensuring those who demonstrate interest and talent in STEM areas do go on to pursue these as they age.

During her time teaching children, Tagalon says she made a dedicated effort removing traditional gender roles in storytelling and promoting role models that would appeal to all her students.

“I was an educator for nine years and I tried to remove any incentives that were gendered,” she says.

Moonhack will be live streamed by That Startup Show and registrations to participate will remain open till July 20th.