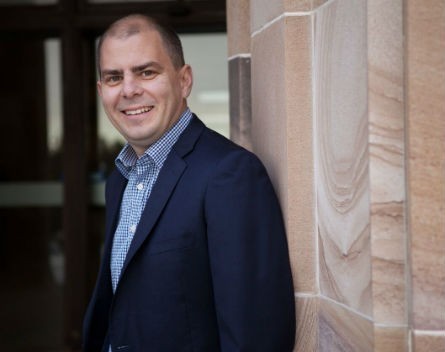 Soon you’ll be able to self-diagnose that scratchy throat just by coughing into your smartphone, an Australian startup hopes.

The Perth-based ResApp can diagnose a range of respiratory problems, including pneumonia, bronchitis, pulmonary disease and asthma, after users cough into their smartphone from less than two metres away.

The app’s algorithm then analyses the sound and compares it with signatures of respiratory diseases to determine the user’s illness.

Perth-based ResApp was relisted on the ASX on Wednesday, as clinical testing of the telehealth app continues.

CEO and managing director Tony Keating says the product has already been tested extensively, and is being trialled at Joonadalup Hospital in Western Australia. The tests have been very positive so far, he says.

Over 150 patients have enrolled in the study in WA, and this data is now being analysed at the University of Queensland.

ResApp was invented and developed by University of Queensland associate professor Udantha Abeyratne.

The Bill and Melinda Gates Foundation provided funding for the development of the technology, after putting a call out for technology that could be used to diagnose pneumonia in the developing world.

“Professor Abeyratne postulated that those sounds coming out of your mouth say a lot about your lungs,” Keating says.

It was validated in testing of 91 patients at the university, with 96% accuracy for diagnosing pneumonia, and 90% for asthma.

The product will be initially designed for doctors to use during clinical examinations, but Keating says future plans involve users self-diagnosing through the app.

“We want to provide a tool so that a doctor can say, ‘I need you to cough into the phone’, and our diagnostic then calculates what condition you have,” he says.

“In the very long term, after we’ve got FDA approval and the medical profession is comfortable, then we may go direct to the consumer.”

While the telehealth market is currently booming across the world and is being inundated with new products, Keating says ResApp is the only one of its type.

“We haven’t seen any others that just use sound, that’s what really differentiates us,” he says. “We just use the hardware that’s on your phone today.”

ResApp was fully acquired by Narhex Life Sciences Limited at the end of last year for the next stage of commercialisation.

ResApp recently completed an oversubscribed capital raise of $4 million, which will be used to accelerate clinical trials and place the product in another location in Western Australia, hospitals on the east coast, and some in the US.

The company was relisted on the ASX on Wednesday, with shares currently worth 2.4 cents, a 9.09% rise on the two cent issue price.

“We’re very happy with where it ended up,” Keating says. “It appreciated a little bit, so that really validates everyone’s thoughts about our technology.”

There is a big market for telehealth products in the US, and ResApp will primarily be monetised through partnerships with companies there, Keating says.

“The US is primarily where we’ve seen the biggest growth for telehealth,” he says.

The market looks set to take off in Australia as well, with Telstra recently announcing ReadyCare, a telehealth service connecting patients with a doctor via phone or video link.

Keating hopes the app will be released next year, after more testing is completed.

“We hope to have it in the hands of telehealth providers in 18 months,” he says.