Could 3D printing be the demise of mass production? 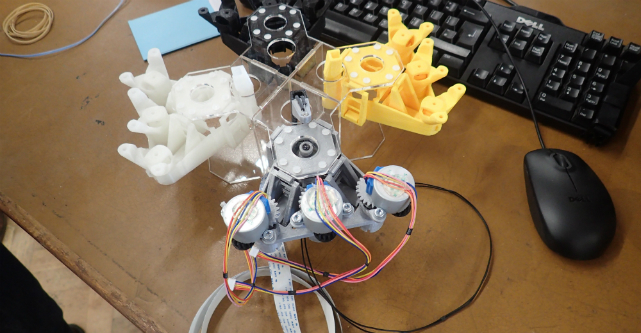 From retail goods to medical implants and even food, 3D printing technology promises to change the way we think about everyday things.

It’s difficult to predict what impact it will have on manufacturing but, whatever the precise effects, they are likely to be deep and permanent.

Also known as “additive manufacturing”, 3D printing refers to processes where an object is put together by layering materials under programmed commands.

Objects can be of almost any shape or geometry and are produced from digital model data or other electronic data sources, such as an Additive Manufacturing File.

The advent of 3D printing opens the way for manufacturers to significantly reduce the production cost of their goods by eliminating many steps in the manufacturing process, such as casting and welding metal.

It also reduces the complete production process to no more than three to four key players.

With 3D printing, what would have initially been a series of stages of production could be cut down to a designer at one end, and the printer or “manufacturer” at the other.

The middle players would most likely be suppliers of raw materials or “ink”.

Such reductions in the manufacturing process could affect both regional and international production networks, possibly resulting in reduced capital requirements, warehousing and other logistics and transportation needs.

This change in production systems could potentially alter the very idea of nations’ economic security.

It could, for instance, wreck countries’ carefully laid development plans for creating employment and investment in logistics and warehousing, regardless of economic development level.

What might happen to global production networks under such an influential technology?

The allure of manufacturing

The introduction 3D printing has the potential to create a new production system by unleashing a disruptive power that the world has not experienced since the industrial revolution.

This disruption could turn the global supply chain and existing production processes – perfected over 100 years ago with the Ford assembly line – on its head.

The Ford assembly line centred on the idea of economies of scale.

It posits that if you produce large numbers of a particular product, each additional unit produced will be less expensive to manufacture.

The specialisation of the assembly line required only low-skilled workers, who could easily be taught simple repetitive steps.

Standardised parts and more efficient assembly drastically reduced the cost of production and allowed more workers to be hired.

With more labour being hired and steady incomes assured, people could afford the products that they were helping to build because of their low cost and easy availability.

All this led to a growth in consumption, and manufacturing-led rapid economic development, along with supply chain networks, spread across the globe after the second world war.

Taking root first in Japan, then Hong Kong, South Korea, Taiwan and Singapore, this global trend even transformed the most populous nation on earth, China, in the past 30 years.

It’s very likely that evidence of manufacturing success from these many countries has motivated initiatives such as the Indian government’s 2014 “Make in India”.

The effort is part of a wider agenda to transform India into a global design and manufacturing hub.

After initiation of the program, India emerged the top global destination for foreign direct investment (FDI), receiving US$63 billion and surpassing both the United States and China.

The initiative is premised on the fact that FDI in the manufacturing sector will create jobs for the masses.

But 3D manufacturing technology poses a serious threat to this effort and others like it.

Supply chains and beyond

The uniqueness of 3D printing lies in the fact that it reduces complexity.

Parts and components, assembly steps, and costs can all be significantly reduced.

The pioneer of the assembly line itself, the Ford Motor Company now uses 3D printing to produce and assemble prototypes.

According to the company’s additive manufacturing technical expert, these prototypes can be ready for testing in under a week, down from eight to 16 weeks and cost just a few thousand, rather than US$100,000.

What’s more, 3D printing provides potential for new design possibilities that can be tweaked or changed according to preference, even at the last minute.

Ideas about stocks and logistics will evolve as companies might very well be shipping designs in the future instead of products.

These designs can then be printed or “manufactured” by the end-user at the location of their choice.

This promises reduced capital requirements for physical infrastructure considering 3D printing services could function just as well in small spaces rather than taking up large areas as traditional manufacturing sectors do.

The need for warehousing and transport, including transborder shipments, can also be reduced.

It’s in this way that 3D printing could challenge economies of scale in the manufacturing sector and shorten the global supply chain networks, from multiple sites of production to a network that consists of material suppliers for 3D printing and the final producers at or near the end-user.

It could become the harbinger of the move from mass production of certain goods to a more bespoke economy, where everyday mass-produced goods are created with made-to-order specifications.

This will lead to the production of many variations of a product but in low quantity.

Such a scenario would not be static.

Currently, 3D printing seems to fit neatly into the high-mix and low-volume combination. But over time, mass production could be disrupted by this technology.

The direct implication of this is an extensive disruption in global supply chains with jobs in manufacturing, logistics and warehousing being affected across many countries.

Along with these, cargo transportation and port configuration would also be transformed due to the changes from economies of scale to the economy of one or few.

With such a drastic technological tsunami in the manufacturing landscape, land-zoning policies might have to be reassessed.

On one hand, 3D printing could potentially eliminate many large-scale assembly plants. On the other, many small and medium enterprises could serve as 3D printer services, now producing bespoke products.

Would it then still make sense to retain the current divide between industrial zones and non-industrial areas?

Countries that have allocated huge resources in the development of industrial estates, with the intention of attracting manufacturing plants to create jobs, would be required to get back to the drawing board to reconceptualise future manufacturing plants.

And such changes may motivate a review of initiatives such as Make in India, even with record-breaking FDI pouring into the country.

Given such rapid technological changes, this particular initiative may not necessarily translate to greater job creation despite being a few years away from a “printed economy”.

Even the factory of the world, China, will not be spared the shocks of this new wave.

With the advent of 3D printing technology, the industrialisation blueprint for southwest China would necessitate more than just cost competitiveness or the excellent infrastructure that the country has created on its east coast over the last 30 years.

Another current initiative likely to be affected is ASEAN’s Economic Community Blueprint 2025.

Its key objective is for the region to become a highly integrated and cohesive economy by enhancing regional participation in global supply chain networks.

But, again, the pursuit of global supply chains in the manufacturing sector will need to be critically re-examined.

3D printing may well necessitate transformation beyond the manufacturing sector.

It will directly affect urban planning and land usage policy; sea and airport development for cargo; and perhaps, more importantly, job creation for the masses in developing countries as a pathway to upward mobility.

All these potential upheavals prompt the fundamental question – do we need to recalibrate our economic aspirations in light of such influential technology?