CryptoPhoto iAward shows how “awesome” it is, co- founder says 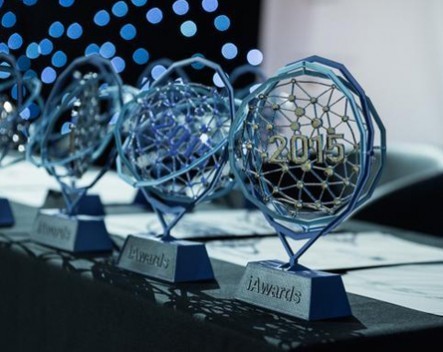 For Chris Drake and his startup CryptoPhoto, winning an iAward means credibility.

For a security startup there are few things more important. On Thursday night the startup took out the Industrial, Financial category at the iAwards.

The startup offers a security solution that promises to stop phishing attacks, one of the most common causes of security breaches online.

It’s competing with the one-time password technology used by the likes of Commonwealth Bank. That technology sends users a text message with a one-use password that adds an additional layer of security to accounts.

CryptoPhoto replaces the additional password by displaying a photo on the website, and then prompting the user to select the same photo from a grid of images on their smartphones.

“We have the most amazing tech – we block everything that our competitors can’t. But we have no reputation,” Drake says.

“So awards like this give us a little thing that shows people, these guys have been looked at by independent experts and they have something that’s awesome. “

While one-time password technology isn’t super difficult to use, CryptoPhoto is a far simpler process.

“It only takes a second to use, but 10 years of effort and a million of dollars of my money that went into that,” Drake says.

“The phishing people are more and more clever. In the old days it was random Nigerian scam things. Nowadays it will be one of your friends from Facebook and you won’t know that they’ve been phished and but something malicious in there. It’s getting really sophisticated.

“We’re a whole new brand of defence that has never existed before, potentially sometime in the future we ourselves will be attacked, but right now if you’re using our technology there is no current attack that works against it.”

Winners of the 2015 National iAwards:

Education – Fireballs in the Sky, ThoughtWorks Australia and Curtin University