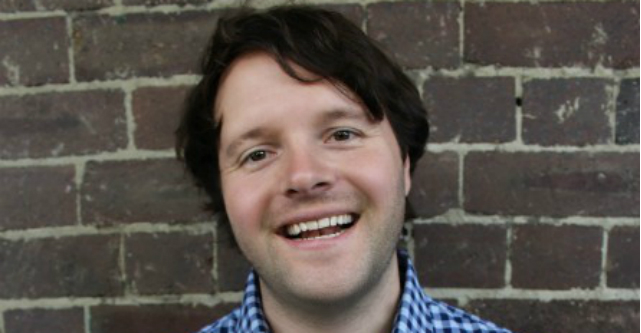 Sydney-based startup The Beanstalk Factory has secured a series of lucrative partnerships as it looks to encourage large corporates to team up with smaller startups to drive innovation.

Founded by former StartupAUS CEO Peter Bradd and Jack Delosa, The Beanstalk Factory specialises in teaching corporates to innovate and has worked with the likes of Myer and Australia Post along with a range of big brands, education institutions and government bodies.

“If you go back 12 months ago, Malcolm Turnbull had just started coming into power and talking about innovation,” Bradd tells StartupSmart.

During this time, Bradd says there were also major changes at top levels of corporate giants like Suncorp Group and ANZ.

“There is a whole heap of new CEOs that have come into some of Australia’s’ biggest companies,” he says.

These changes indicate a widespread shift across the corporate sector, Bradd says, as it looks to adapt and take advantage of digital change.

“There has also been the creation of new roles,” he says.

Parallel to this corporate change, he says he has seen a rising number of more mature startups coming up.

“There has been a lot of movement with entrepreneurs,” Bradd says.

“The amount of companies that are becoming unicorns has significantly increased.”

Part of this has been helped by the number of companies touring Silicon Valley and Israel, he says.

He says this is helping to drive clarity and understanding around desire for innovation and growth in Australia.

The maturing startup ecosystem is quickly capturing the attention of the corporate world, and Bradd says there is great potential for big companies to work with, partner or acquire them.

And startups can provide them with the ability to do this.

“When an organisation is looking at innovating, they’ve got their existing business model and they can incorporate others’ capabilities,” Bradd says.

“Partnering with a startup to help them unlock value is a big opportunity for corporates.”

Bradd says these types of strategic partnerships are what the world’s most innovative companies like Google and Amazon do so well.

“They’re acquiring new businesses versus building it,” he says.

“There seems to be a myth [among big companies] around having to build things yourself.”

Another misconception he has found is the sense that new technology will throw out big players immediately when in actual fact, Bradd says, many threats from digital disruption will take five to 10 years to eventuate.

“The initial phase of that is inflated expectation where people thing tech can do something that it just can’t do or deliver [yet],” he says.

So corporate players can stay competitive if they start working to address it now, he says.

“Your staff can innovate if you give them the training, the space and the culture to do it,” Bradd says.

This includes changing attitudes and approaches to failure, Bradd says, which have traditionally been dealt with very conservatively by larger companies.

“There is no silver bullet,” he says.

“Innovation is about understanding who your customers are and what they’re trying to achieve.”