Enough whining: It’s time to get some facts into the national innovation debate 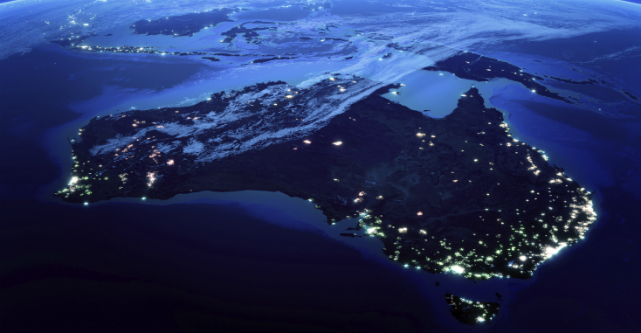 As someone who has been involved in the technology industry for more years than I want to note I have watched Moore’s Law run rampant over the expectations as to what computers of any form can do.

In more recent times we have seen the leveraged impact of mobile devices, high bandwidth net connections, big data, machine learning and cloud computing (let alone advanced robotics) rain on the prognostications of “experts” as to what limits will exist for technology.

But other things also change, fast. Specifically, the state of the environment in Australia supporting innovation has undergone a dramatic change in the last two or three years – a change of Moore’s Law proportions.

I was at a conference recently listening to someone whining about how bad the landscape is for innovation in Australia, how there is not enough money for startups, no people to hire, no appetite for risk and so on.

It followed another conference (I have to stop going to these things) where another serial whiner complained that Australia was at crisis point with regard to global innovation, that nobody wants to come to Australia, that you can’t hire quality people and then he neatly segued into Sydney lockout laws.

Let’s leave aside this ridiculous logic leap and look at some of the more common complaints with regard to the innovation ecosystem.

Generally speaking most of these complainers are either not paying attention, generally uninformed or they just like to whine.

So let’s unpack the specific focus of most of the whining.

The funding on offer

Back in 2012-2013 there was very little money available for venture capital in Australia due to the general failure of Australian venture funds during the 1990s and 2000s.

Hundreds of millions of dollars had been blown up by fund managers who, for the most part, didn’t really know what they were doing. We then entered a dark time when only a few corporate and a few high net worth individuals were prepared to allocate risk capital.

Since 2010 a number of high profile funds have launched who now manage over $1 billion specifically targeted at venture capital. The backers of these funds have mostly been high net worth individuals and families with, in very recent times, super funds re-entering the space.

This does not include the hundreds of millions of dollars allocated by a diverse set of angel investors who participate in everything from personal investing, club investing through groups such as Innovation Bay and club rounds via dinner parties with people keen to invest.

The government’s recent announcement with regard to tax offsets for investment into early stage companies and venture funds will further help the flow of funds. A couple of asides with reference to government funding here:

In terms of the general funding space while we lag the US in terms of relative allocation of venture capital available, I think it is fair to say that the large influx of capital means sufficient funding is available for Australian companies raising between $100,000 and $10 million. Sure we don’t have large funds allocated to later series funding (raising greater than $25 million) but this is also beginning to change and change fast. That type of funding is also inherently more global in any event.

So to be clear: We have enough money for now.

What is imperative now is that at least some of the people investing in Australian startups and funds make a return. If they do then these successful funds will attract more investors and the funds will invest more and we will have a growing industry.

However if we (as a venture industry) just piss the money up against the wall in a range of cool sounding but fundamentally flawed businesses then our investors will not come back and the Australian venture industry will enter another ice age.

It is important to understand why this focus on investor returns is actually good for everyone. In private equity the fund generally buys out the significant majority of the business (if not all) and so (generally speaking) the majority of the returns made flow to the PE funds and their investors. This is not the case in venture, where we tend to take minority positions in companies (normally between 5% – 25%) and are part of a broader ecosystem of participants in a company’s success.

This means that if we (the fund with say 15%) make a good return for our investors, then the guys that own the 85% also do well. So the founders, employees and angel investors all make strong returns too. Our model as venture investors is to support great founders and back them to make the right decisions: we can’t, and don’t want, to force founders to sell early.

Of course there are edges cases where this doesn’t quite work out but in the significant majority of cases this is what happens.

What is even better in that in most cases founders and employees will use these returns to make their own angel investments and/or start more new, cool companies. And so the wheel turns and an ecosystem develops. This is the secret to Silicon Valley’s success.

As to the level of innovation or activity going on in Australia let me step back a few years.

At my previous fund Netus (2006 – 2012) we saw just over 550 companies in the course of six years. In the first 18 months of AirTree Ventures we have seen over 1150 companies. So to suggest that there hasn’t been a material shift in either the demand for funding or the access to funding is simply untrue.

Let me be clear: If you have a great idea or opportunity in Australia you can get funding. If you can’t get funding it might be because you need a lot of money for an unproven idea, your idea will not show any traction for a long time or it is not that great an idea.

Of the 1150 opportunities we have seen over the last 18 months may be less than 5% into the above (difficult to fund as opposed to terrible ideas) categories that left the vast majority that were within the funding ability of the Australian market.

The oft-repeated claim that Australian venture funds are risk adverse is also an outdated observation. Every day there are thousands of young people leaving university to not jump into a consulting firm or investment bank but rather take the risky path and create or work in a startup. They are getting angel funding from friends and family and then getting follow on funds from people (like us) who are prepared to invest risk capital. It would be fair to say that many corporates have lacked a long term approach to product development (and therefore risk) but this is changing as disruptive models are forcing even the most entrenched monopolies to start to react.

Spending $1 recruiting in Silicon Valley is a complete waste of money compared to what that same $1 will achieve in Poland, Argentina or Malaysia.

Undoubtedly we need to also try to encourage more STEM skills in schools. But we must also be careful – already a whole bunch of science and engineering graduates can’t get jobs post-graduation so just making more STEM grads is not the answer. We need to understand why these STEM grads can’t find jobs and perhaps look to offer short courses to upskill them to allow them to be employable in the roles that need filling.

While I applaud the UK government’s recent decision to make coding mandatory in schools, this is not enough by itself. Technology changes rapidly (as do coding languages) and so we need to expose STEM students both to generally applicable ways of thinking as well as specifically applicable skillsets.

The Australian innovation landscape is vastly different to what it was even two years ago and on every front things are getting better.

We can think of our innovation focused economy as a small garden. We want to make this a big garden so we need to carefully fertilise and water the garden at the right cadence. Too little and it will die. Too much and it will also die.

Let’s push the whiners aside and neither talk up nor talk down where we are on this trajectory but rather focus on what we need to do and how we measure the impact of what we are doing to make sure we are on the right track.