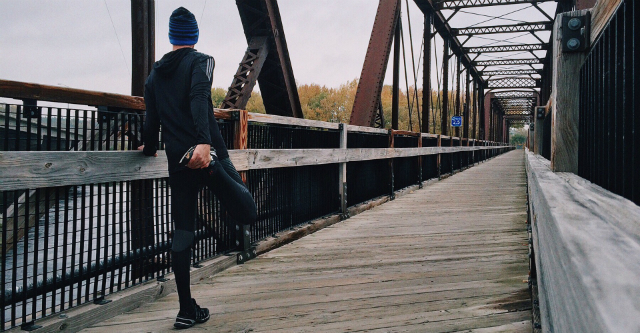 As the market leader, Fitbit has always been regarded as being synonymous with wearables in general.

Its launch as a public company was at a point when the hype of wearables was at a peak with claims of the technology bring about a revolution in healthcare.

Unfortunately, the revolution never happened and Fitbit itself has now hit a wall. Sales are down, and last week, Fitbit reported a financial loss and announced it would be laying off 6% of its staff. Its share price is around 90% down on its peak of US $51 in 2015.

Fitbit doesn’t see its fortunes changing much in 2016 as it competes in a wearables market that is seeing little to no growth. Even this statistic may be misleading however because it combines pure fitness trackers such as the models made by Fitbit, with smartwatches like the Apple Watch which customers may buy for its non-fitness features.

The fact that Fitbit is seeing sales decline is not really surprising. It has not been able to introduce any new advances in its technology beyond the features of counting steps and measuring heart rate. It also hasn’t been able to solve the problem of customers giving up on wearing their devices within a short period of time.

At the same time, there has been a general concern about the security and privacy of data collected by these devices. Programs introduced by employers and insurance companies to incentivise the wearing of devices in return for reduced premiums have been met with suspicion about the potential abuse of this data.

There has also been continued criticisms about the supposed health benefits that have been advanced by Fitbit and others resulting from wearables.

Fitbit was always going to struggle. It is hard to make huge profits when making commodity hardware. Moving out of the consumer market and into medical devices also carries enormous overheads.

The devices have to be actually tested and certified and it is not at all clear that even the heart rate monitoring functions on Fitbit devices would be reliable or accurate enough to be able to achieve that level of certification. Another consumer wearables company, Jawbone, has thrown in the towel and is allegedly going to be trying its hand at clinical devices.

Those waiting for the major technological leaps that will give us science fiction-type functionality such as Star Trek’s Tricorder are likely to be disappointed. A competition run by Qualcomm with a US $6 million first place prize to find a “tricorder-like” device, required only 70% accuracy of 15 different measurements.

The finalists produced kits that combined existing technologies such as glucometers, spirometers, heart rate monitors, etc and packaged them in one box. Whilst this brought these devices together to function with a single app, it did not fundamentally advance any of the individual components.

Theranos, another company that claimed to have invented technology that would allow hundreds of tests to be conducted on a single drop of blood has failed to bring this to market.

Fitbit is a classic example of a company that would have been better remaining private. It is only because it is a publicly listed company that there are expectations that it should be showing high rates of growth. As it stands at the moment, it is unlikely to show the type of growth that will satisfy the market.

Its immediate problem is to find a way to actually be profitable with a smaller level of sales. Failing that, its only option is, like Twitter and other companies with no business model, to find a buyer. Given the large number of competitors in this market, the technology would not be the reason for another company buying Fitbit, but its client base might well be.

There will always be a market for fitness trackers but they will continue to appeal to those people for whom fitness and activity is part of their everyday lives. It is hard to see how they will ever extend significantly and in a lasting way to a wider audience.