Five things to expect in the “game-changing” innovation statement 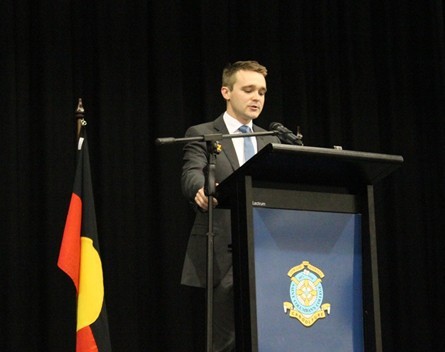 The government’s much anticipated innovation statement will be “game-changing”, assistant minister for innovation Wyatt Roy says.

Expected by the end of the year, the statement will be the flagship set of policies of the Turnbull government’s increased focus on innovation and the startup sector.

Speaking to StartupSmart, Roy says various consultations with the startup community, including the Policy Hack and recent trade mission to Israel, contributed an “enormous amount” to the final product.

“People will see that when the policy is released,” Roy says.

“Since the changes in leadership – when it comes to innovation the doors of the government have been slammed wide open.”

While the statement will draw from other successful innovation policies from around the world, he says it’s all about developing a uniquely Australian ecosystem.

“As we develop an innovation ecosystem in this country, we need to play to our inherent strengths and develop something uniquely Australia,” Roy says.

“The policies will focus on how we can embrace the best elements of our culture – our aspiration, our entrepreneurial mindset and our deeply anti-authoritarian mindset.”

While maintaining there needs to be an element of “mystery” in the lead-up to the announcement, Roy says there are five key broad areas the statement will look to address.

The difficulties in obtaining capital locally, both to bridge the ‘Valley of Death’ and for large later stage rounds, is widely discussed and debated.

Roy says the statement will include many policies aimed at “unlocking” more funds for Australian startups.

“We’ve had a serious look at the tax arrangements to unlock more investment in innovation,” he says.

This is an issue that many teams at the government’s Policy Hack looked to tackle, and some possible solutions were included in the StartupAUS policy document that was handed over to Canberra.

One popular policy was to extend the R&D tax incentive to include investments in startups, while another suggested income and capital gains tax incentives for these early-stage investments.

The innovation statement won’t just focus on helping startups grow across Australia, but in expanding around the world, and especially in Asia.

“As we come to define innovation in decades to come in our country, so much of what we’re seeking to achieve is about how we can grow, scale and disrupt on a very, very large scale,” Roy says.

“We need a realisation that we are not a marketplace of 23 million Australians, we’re a marketplace that has access to the globe – to a billion people coming into the middle class in Asia.

“No other country on earth has that access into that marketplace. There’s potential to radically grow our companies and that will be a huge advantage when it comes to driving innovation.”

One recommendation from the Policy Hack document was for the establishment of landing pads in hubs around the world to help Australian startups more easily expand overseas.

The policies will also look to address the difficulties many startups face in trying to commercialise technologies.

“We need to see greater collaboration between government, higher education and science to commercialise these great ideas.”

This was also a central theme at the Policy Hack, with one team pitching for an increase in research and development funding for universities that would be tied in directly with engagement with the startup industry.

Although boasting “the best talents in the world”, Roy says Australia needs to expand this pool of entrepreneurs and the set of policies will look to facilitate this.

“There’ll also be policies that focus on growing our talent pool,” he says.

“We’re coming off a good base but we need to significantly grow it when it comes to digital technology and entrepreneurial skill sets.”

There’ll also be a focus on attracting big players from around the world to Australian shores.

“We have a lifestyle that is the envy of the rest of the world, and that acts as a magnet to attract the best and brightest from across the world,” Roy says.

“About 20,000 Australians are in Silicon Valley today and our education is on par with our competitors.”

Government acting as an exemplar

With politicians urging Australians to embrace innovation and disruption, Roy says it’s only fair that the government does the same.

“We want to see the government act as an exemplar,” he says.

“It can’t be fair for us to say we want Australians to be innovators, to take on risk and try things differently, but not the government.

“There’ll be significant policies that enable the government to act as an exemplar of innovation and hopefully, as the largest business in the economy, make it as easy as possible for startups to do business.”

Roy says the innovation statement will be the culmination of months of consultations with the startup community and discussions within the government.