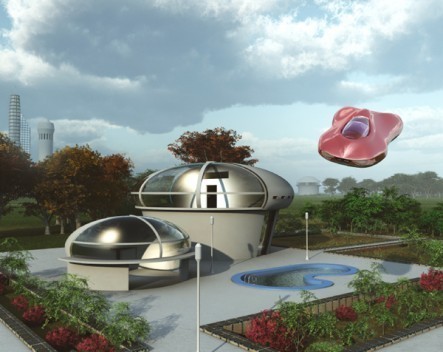 From autonomous vehicles and the rapid rise of Uber to the global diffusion of bike-sharing schemes, transport is changing. Developments in information technology, transport policy and behaviour by urban populations may well be causing a wholesale shift away from conventional cars to collective, automated and low-carbon transport.

Yet there are still many uncertainties in technology development, finance and trends in user practices and expectations about the scale of these changes may well be inflated.

Perhaps the most significant development is “peak car” use – the stalled growth or modest decline in car ownership and use since around 1990 across the developed world. As well as economic reasons and the returning popularity of city living, this seems to be driven in part by a move away from pro-car planning. Metropolitan governments in particular are increasingly reallocating road space away from private cars and concentrating office and housing developments around public transport stations.

They are even supporting a wide range of innovations in local transport, including self-driving pod cars called up by a smartphone app. All these initiatives aim to reinvent “old” transport systems – metro, tram and cycling – as efficient, fashionable and healthy, enabling both economic growth and a better quality of life.

However, public transport still faces significant challenges. Research consistently shows that satisfaction with tripmaking is lower on bus and rail than on other forms of transport. The industrial-era logic of only offering services at particular stops or stations at specific times sits uncomfortably with the changing rhythms of work, shopping, care-giving and leisure in post-industrial societies.

These service provision problems are particularly acute in suburbs (and of course rural areas) where the flexibility afforded by private cars continues to be the norm. Yet, even in the densest parts of cities, public transport only meets everyone’s needs when there are more flexible options as well. This is why greater public transport use is linked to, and to some extent triggers, increased use of cycling and, more recently, smartphone-enabled taxi services.

These forms of transport are available (almost) everywhere at all times – and therefore better compatible with the individualised lifestyles of people accustomed to the convenience that private car use epitomises. But even bike and car-sharing schemes with fixed docking stations and parking bays suffer from some of the same limitations as public transport does. The future may well be brighter for smartphone-dependent “free-floating” schemes, whereby cars can be picked up and left at any location within a designated zone that stretches across a city or parts thereof.

There are also big obstacles to a public transport revolution in the form of entrenched government patterns and vested interests. Past planning decisions, in particular, constrain current and future changes in transport systems. This is because the construction of road infrastructure, sprawling suburbs, car-dependent retail/leisure complexes and mono-functional business areas since the 1950s is largely irreversible, at least for the coming decades.

The car industry remains powerful and does not sit still. In many countries, car manufacturing continues to be important to the national economy and can therefore count on considerable support from local, national and supranational (EU) governments. This is exemplified by the UK government’s Office for Low Emission Vehicles which was set up to stimulate the uptake of electric and other low-carbon vehicles.

Car manufacturers may now be experiencing competition from powerful technology companies such as Google and Apple, but this is catalysing their own development of innovations. The Google driverless car may be the most famous but the first such vehicles from conventional manufacturers are expected to hit the market by 2017-2018.

Many hurdles still need to be overcome. The technology needs substantial refining, major issues around insurance and liability need to be resolved, it is not clear how adaptations to road infrastructure will be financed, and public opinion is divided. Based on experiences with electric and fuel cell cars in recent decades, current expectations about commercialisation and consumer uptake are (vastly) over-optimistic.

Unexpected and unforeseeable events may radically reshape current development trajectories, but there are good reasons to expect that transport systems in 30 years will not be drastically different from today.