FunCaptcha spun out of a Brisbane Startup Weekend in 2012, still going strong 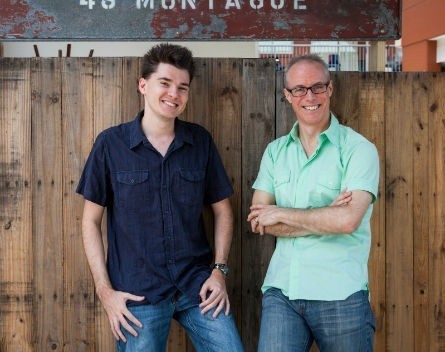 Since launching in 2012, FunCaptcha has raised over $1 million in venture capital, secured thousands of customers, and is eyeing off more.

The startup, which now has over 30,000 websites using its product, is trying to solve a very common and often infuriating problem faced by pretty much anyone who uses the internet.

Upon entering a website, you’re often confronted with a CAPTCHA, a spam-filter which asks you to prove that you’re human and not robot by deciphering an obscure piece of text or image.

They’ve become increasingly difficult to solve and in some cases are driving users away from sites out of frustration. They’re also not as effective as they once were, with spammers finding ways around them.

FunCaptcha, which was spun out of a Startup Weekend at River City Labs, replaces the text-based CAPTCHAs with fun and simple games allowing users to prove that they’re not robots and have some fun along the way.

They’re simple recognition games that ask the user to put an image up the right way, or determine the gender of a face. Although these are rather easy games for a human, they’re remarkably difficult for a robot to get past.

“They tap into our innate ability to recognise things, something which is hard for machines to do,” FunCaptcha co-founder and game developer Matthew Ford says.

Ford says traditional text or image-based CAPTCHAs have been compromised and are no longer effective in securing a website against unwanted visitors.

CAPTCHAs have evolved to include images, but Ford says these also have “laughable security holes”.

“FunCaptcha is literally the best CAPTCHA on the web. It’s more secure and there’s the opportunity to make money too,” he says.

The bulk of FunCaptcha’s earnings come from advertising revenue, with an ad appearing once the CAPTCHA game is completed.

The pair began a seed funding round in March last year, where they were eventually found a group of investors led by a Sydney-based angel investor. They were joined by a Brisbane angels network late last year, and have also received funding through government grants. In total, FunCaptcha has raised more than $1 million in funding.

The startup offers three types of packages for users, including a free version, one that allows users to ask their customers an important question, and a version letting users insert their own advertisement.

The idea emerged from a Startup Weekend event at River City Labs in Brisbane in late 2012, where co-founder Kevin Gosschalk had to come up with, and pitch, an idea from scratch. He focused on the problematic CAPTCHA, and eventually came up with the basis for FunCaptcha. The next day he contacted Ford.

“Within 30 seconds I said, ‘oh, that’s an awesome idea that sounds like something the world needs’,” Ford says.

Now over 10,000 websites use FunCaptchas and Ford says many more games are already in the works. The startup is open to raising more funding towards the end of the year, with the aim of “massively” expanding.

“We’re looking to really scale it up,” he says. “We’ve got a good market set, and we want to find more ways to use it.”