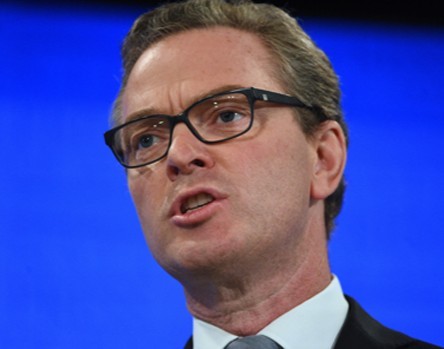 The federal government’s $28 million advertising campaign to spruik the innovation statement and promote a culture of entrepreneurship is “set to fail” and a “waste of money” according to members of the community who say the money would have been better used funding startups directly.

It was revealed on Wednesday that a large ad campaign including TV, print, social media and digital platforms would be used to “help change the culture around innovation and science in our businesses”.

“It will be design to help engage young people to help inspire the entrepreneurs of the future and provide the key information to any Australian wanting to take a risk on a new business venture,” science and inovation minister Christopher Pyne said on Wednesday.

But several members of the Australian startup community have expressed concern over the cost of the campaign and detailed other areas where they think the earmarked money could be more useful.

“Senseless” and “light years away”

Consultant in innovation and disruption Anne-Marie Elias says she is “furious” about the campaign.

“Imagine what we could do with $28 million for startups – that would go further to actually changing the culture,” Elias tells StartupSmart.

“Pyne’s justification, that it’s for cultural change, is senseless and is light years away from the lean and agile narrative we keep hearing. This is quite embarrassing for the Turnbull government.”

Ediply co-founder Peter Chapman has also expressed concern over the large costs of the campaign and its potential effectiveness.

“It’s particularly excessive given the innovation sector and startups have been starved of government funding for such a long time,” Chapman tells StartupSmart.

“I think that if the government wrote a $5 million cheque to Startmate, muru-D and AngelCube the impact would be profound. Australia has some world-class accelerators who I’m sure would love more capital to expand both investable funds and their own teams.”

“The campaign is already set to fail,” Greig tells StartupSmart.

“I think it’s a complete waste of money and won’t achieve the initial goals. Why spend that amount of money to tell people that we are an innovative and startup supportive nation when you’re better off actually doing it and showing people that we are?”

Elias adds that she’s disappointed the community were not consulted on the campaign.

“All Pyne needed to do was ask,” she says.

“The community would have set him straight in a heartbeat and I’m sure with some real engagement we would have come up with a spectacular program for $28 million that could have changed the culture.

“We would have covered women, young people, seniors and disadvantaged communities – all the bases to roll-out an accessible and meaningful innovation culture change.”

But not everyone has been critical of the planned advertising blitz; with LeadChat co-founder Michael Jankie saying the likely benefits of the campaign will far outweigh the cost.

“It takes an innovative and brave government to promote disruption and cultural change at this scale,” Jankie says.

“It is spending that will pale in significance to the outcome. We need to spend more to spark a belief in today’s students and workforce and the message to innovate needs to be spread far and wide.”

While admitting it does “sound expensive”, Pollenizer co-founder Phil Morle also says it could be very important.

“It’s easy to imagine a positive return on investment if it works,” Morle says.

“This campaign could trigger the creation of new ventures in Australia that could generate $100 million taxable profit that would not have happened without this nudge from Canberra.”

“Change of culture is not immediate, it’s generally built over a period of time with sustained effort,” he says.

“The major shift in culture will only occur with further mainstream successes. The Atlassians, Campaign Monitors and 99Designs were created by people with a vision who started, persisted and now show to others that success can be achieved.

“If the objective is to encourage more people into entrepreneurship then I am sceptical TV or print ads will be the tipping point.”