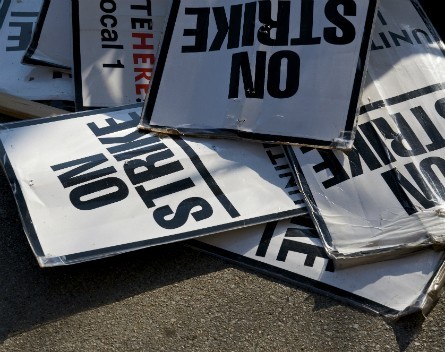 Announcing the $1 billion innovation statement in December may have been “good PR” for the government but not implementing the investor incentives until July is hurting the startup ecosystem, Pollenizer co-founder Mick Liubinskas says.

The 24 policies were revealed late last year and included a number of taxation changes to incentivise investments in startups, with the reforms coming into effect July 1st.

Liubinskas says this may well lead to an ‘investor strike’ and could stall the growth of the local startup community.

“They did it for PR but it may make life hard for startups raising in the meantime,” Liubinskas tells StartupSmart.

“Why did the government announce a program in December that gives investors incentives to wait until July? It would’ve been better to announce it and say ‘here it is’. This PR angle has caused an issue.

“We have good momentum but this will cause a blip. It’s a bit of a bump when we should be going from strength-to-strength.”

While “good companies” will still finding funding, he says smaller startups desperate for capital might find the next six months difficult.

“Companies that aren’t at the very peak are going to find it tough,” Liubinskas says.

“Businesses need cash now. It’s not going to make or break the ecosystem but it’s just really disappointing and might slow down the momentum.”

Not waiting for change

Melbourne-based customer service startup Elevio is one company that won’t be waiting for July to raise capital, and co-founder Chris Duell says entrepreneurs should avoid investors that are waiting for the impending taxation changes.

Elevio is on the verge of embarking on a funding round through Startmate, and Duell says that startups shouldn’t wait for the investor incentives.

“Newcomers purely looking for a tax break probably aren’t going to be a good fit for us due to their lack of history, experience and network,” Duell tells StartupSmart.

“Existing experienced investors who know the market and can actually work with us in an advisory capacity are the people we want to work with.

“They are potentially less likely to pass up a deal if it means they can’t get the tax break.”

Duell says that if founders focus on their companies, the investors will still come.

“Growing a great company should be the focus of every startup, rather than being overly concerned about the ‘investor drought’,” he says.

“Growing our company into something great is our primary focus right now. The icing on the cake is that a great company is harder for an investor to pass up on, tax incentives or not.”

Duell says that although the innovation statement is a step in the right direction, more information is needed about the new policies.

“It’s a good thing that the government is stepping things up to incentivise and encourage people to invest in startups, and they probably needed to release the details on this early in order to gauge feedback from the wider community,” he says.

“The catch is that the benefits don’t kick in until the new financial year so there’s an inadvertent chasm created.

“It’s a great step forward, we just need some clarity and information in the interim so we can make well-informed decisions.”

Liubinskas agrees, saying although it may stall growth in the first half of 2016, the innovation statement will ultimately be beneficial for the Australian ecosystem.

“It’s a great initiative but the way it has been implemented is going to cause some sluggishness,” he says.