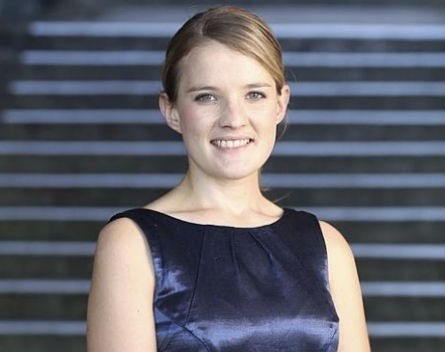 Three QUT alumni are trying to answer a question persistently posed by young students when trying to learn a particularly hard algebra equation: “why do I need to know this?”

Machinam is a smartphone app that aims to show these maths equations and problems to students in a way that can be applied in the real world and in turn encourage more students, especially girls, to embrace STEM subjects.

“It connects what students are learning and makes it relevant to real life,” Furey tells StartupSmart.

“You’re in class but you’re solving a real life problem.

“There’s a big context problem and then it goes into detail. Textbooks usually just have written formulas and it’s about rote learning rather than critical thinking.”

For example, Furey says a complicated algebra problem could be framed in terms of a fashion brand designing clothes, or as a town trying to work out water supplies.

Furey studied civil engineering at university, and says the lack of clear real world applications is a barrier to increasing the number of STEM graduates.

“It answers the question of ‘when am I ever going to us this?’” she says.

“I said this when I was in school learning things like algebra and trigonometry, and they turned out to be the most valuable things to know as an engineer. I wish I had paid more attention.”

The app will initially be targeted at Year 9 students before rolling out across the year levels, and Furey says this is a “crucial time” in maths education.

“That’s the first year it really gets conceptual,” she says. “It becomes not really clear what the algebra can be used for.

“It’s crazy for a 14 or 15-year-old to be thinking about what they’re going to do at university. I thought I was awful at maths then. It’s really cool to shift that conversation.”

The startup has so far been bootstrapped by the three founders, along with competition winners of $5000 from Unleashed and a $10,000 grant from the Foundation of Young Australians.

Machinam is also one of six finalists in QUT’s $100,000+ Innovation Challenge.

The product is still in a development phase, with a paper-based trial recently completed in schools, but the team has lofty ambitions.

“Our ultimate goal is to replace textbooks,” Furey says.

“An increasing number of schools are becoming more digital and using digital textbooks. But these are usually just interactive pdfs, not like what we’re talking about.”

Using maths to create the world around you

Furey and fellow co-founder Jillian Kenny created the Power of Engineering in 2012, a not-for-profit organisation aiming to inspire young girls to go into engineering.

Machinam eventually grew from there, with Furey saying they wanted to increase the scale and turn the idea into a commercial offering.

The startup was officially founded by the pair, along with Claire Bennet, in 2013.

But Furey’s interest in promoting STEM to a wider audience started much earlier than that.

“When I was in school my teachers told me to do engineering, but I thought that was crazy and too hard and not the kind of career for me,” she says.

“I did it and I realised you could use maths and science to create the world around you.”

“I’ve been personally passionate about this since I walked into my first university engineering lecture and there were only 10 girls in a whole room of 120 students. That was in 2004 so it’s been on my mind for a while, and now it’s becoming a national issue.”

Promoting STEM education has become a large talking point of late, with both sides of the political spectrum trying to increase the number of graduates in this field and the diversity.

“We’re really excited to be involved. It’s important for Australia’s future and where we’re heading as a country,” Furey says. “We can be in that conversation.

“It can be frustrating when people are talking a lot about how much of a problem it is, but you don’t hear about many solutions.

“We want to be a solution.”