How Aussie startups can be pivotal in tech tipping points 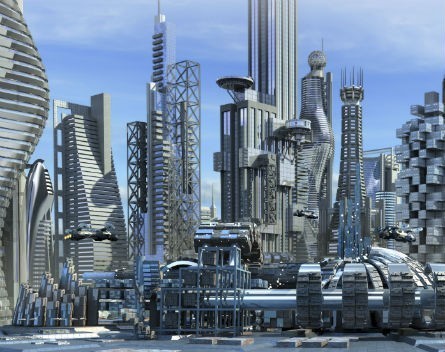 A world filled with driverless cars, implantable phones, robotic pharmacists and AI members of corporate boards is coming sooner than we might expect, a new report says.

The World Economic Forum report seeks to identify technology tipping points – the moment when a piece of technology or software hits the mainstream in general society.

The Global Agenda Council on the Future of Software and Society surveyed over 800 experts on what they thought a tipping point would be for a number of trends, and when it would occur.

The report says a number of technological breakthroughs will become normalised within the next decade, vastly altering the way society interacts and operates.

“Inventions previously seen only in science fiction will enable us to connect and invent in ways we never have before,” the report reads.

“We are entering a time of momentous societal shifts brought on by advancements in software.”

Some of the more sci-fi like aspects of the predictions include an implantable mobile phone by 2023, and an AI machine featuring on a corporate board of directors by 2026.

Australian entrepreneur and Sendle CEO James Moody co-authored the report, and says it’s an exciting time to be alive.

“In the next ten years a lot of the things we’ve previously scoffed at are going to happen. We are witnessing a period where there’s going to be a lot more change than we’ve seen before,” Moody says.

It’s important that Australian startups identify these impending technological tipping points and adapt and prepare for them, Moody says.

“Part of it is around how we leverage our strengths as a country and startup community,” he says.

“It’s a shift in the way we’re actually leveraging ourselves. There are some Australian startups that are definitely well-placed, ones that are leveraging things like ubiquitous computing and the cloud.”

These are some of the tipping points that the report predicts in the next ten years, and some Aussie startups that are already operating in the area.

Previously a sci-fi film favourite, robots are already a big part of our lives. Not stopping at taking over manufacturing jobs, robots will increasingly begin to appear in other industries as well, the report says.

This is an area that Australia already excels at, with much focus on robotics in universities and the startup community.

Sydney company Marathon Targets combines robotic technology with live-fire marksmanship training, and has won a big US contract, while Robological produces a robot with a pre-built board that can connect with a smartphone.

Robotics in Australia is also a little less conventional, with researchers from QUT recently unveiling a little robot with one mission in life: to hunt down and kill the starfish that are literally eating the Great Barrier Reef.

“3D printing has the potential to create very complex products without complex equipment,” the report says.

“The printer will be able to do what a whole factory was once required to accomplish.”

“Over time, 3D printers will overcome the obstacles of speed, cost and size and becoming more pervasive.”

3D printing is another area that will inevitably hit the mainstream in the future, and many Australian startups are already capitalising on this growing trend.

Perth-based Aurora Labs is currently in talks with NASA to help built rocketships with its large-scale metal printers, and has many other contracts in the works.

The report also shows the huge potential that 3D printing has in terms of human health, something that Australia has also been leading the way in.

“3D printing has great potential to service custom design needs; and, there is nothing more customer than a human body,” the report says.

Australian company 3D Medical recently 3D-printed a titanium jaw which was implanted on a person with a rare jaw deformity.

“While technology can now be found in people’s mobile phones in their pockets, it will soon be integrated directly into clothing and accessories.”

Wearable technology is mostly restricted to things like the Apple Watch and Fitbit, but in the next decade we’ll soon be covered in internet-connected clothes.

As the report says, this comes with a number of positives like improved health, being self-sufficient and helping with decision-making, but is also inevitably accompanied by privacy and security concerns.

There are also many wearables companies looking at sporting applications, such as Smash Wearables, which is helping people fix their tennis serve, and Swing, which works to improve your golf swing.

The Internet of Things is another tech trend that is slowly building momentum, but yet to truly hit the masses. According to the report, it’ll only be five years or so until this happens.

“With continuously increasing computing power and falling hardware, it is economically feasible to connect literally anything to the internet,” it says.

“In the future, every product could be connected to ubiquitous communication infrastructure, and sensors everywhere will allow people to fully perceive their environment.”

The IoT market is already one of huge growth, and another recent report predicting that it is set to grow by nearly 11 times to $3.2 billion by 2019, with the average household having 24 internet-connected devices.

Some Australian startups are trying to be ahead of the curve with this trend. LEAPIN Digital Keys allows users to control locks from a smartphone, Homeboy focuses on internet-enabled home security, while LIFX provides Wi-Fi enabled energy efficient LED light bulbs.

Driverless cars have been a big talking point in the tech world of late, with Google bolstering its plans and Uber also signalling its intent to buy a whole lot of them.

“These vehicles can potentially be more efficient and safer than cars with people behind the steering wheel,” the report says.

“Moreover, they could reduce congestion and emissions, and upend existing models of transportation and logistics.”

The first driverless cars are set to hit Australian roads soon in South Australia, with the state government conducting trials to determine how they need to be adapted for a local environment.

This was a big trend that Apple co-founder Steve Wozniak identified while speaking at a conference in Melbourne last week.

“Self-driving cars are so important in everyone’s lives, and it’s such a huge market when you consider the costs of roads, the costs of cars and the cost of delays in traffic,” Wozniak said.

“I would say right now I’d definitely invest in technologies that are going to be important ones in the way of self-driving cars.”

While all these are just predictions and things are bound to change, the report paints an exciting picture of the technological future, and gives some insights into what startups should be doing to prepare for the technological tipping points.

As the director of the MIT Initiative on the Digital Economy at Massachusetts Institute of Technology Erik Brynjolfsson says in the report, we’re about to enter a “second machine age”.

“Computers and other digital advances are doing for mental power – the ability to use our brains to understand and shape our environments – what the steam engine and its descendants did for muscle power,” he says.