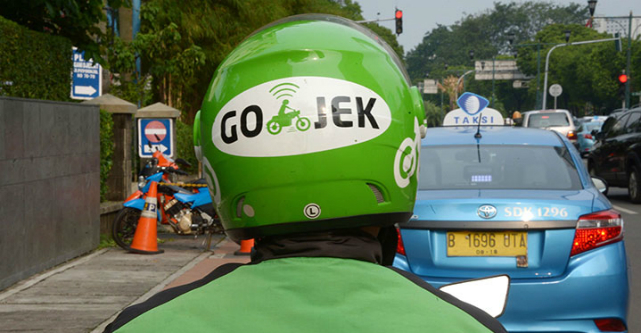 Viewed from the bubble of Silicon Valley, the world often looks like a single undifferentiated market.

There are plenty of examples that seem to support this notion.

In addition to tech giants like Google and Facebook, the last decade or so has seen the emergence of new Silicon Valley based businesses.

Companies like eBay, Netflix, Uber and Airbnb have leveraged digital technology to disrupt key industry sectors like advertising, retail, transportation, accommodation and media across the world.

But in Indonesia, local startup GoJek has been able to take the market away from Uber, its Silicon Valley rival.

GoJek seems to share a number of similarities to Uber.

But there are some important differences that show its superior understanding of local market conditions.

GoJek focuses on scooters not cars. This has a number of key advantages.

First, in emerging economies, more people can afford to buy and run a scooter than a car.

This means that the supply of drivers is easier to grow.

GoJek’s better understanding of the local market and its ability to get scooter owners onto its platform meant it was able to get to “scale” more quickly than Uber, which entered the market late.

In startup business language, a company is scaling when its revenue is growing without it having to increase operational cost.

Second, in dense urban environments, such as Jakarta, scooters offer a much better and more flexible mobility solution.

Third, GoJek rapidly built on ridesharing to integrate a broad range of personal services onto its app.

With the current version of its app you can organise pickup by scooter or car, book a truck to move boxes, book movie tickets, get groceries delivered from the local market and, even, have a masseur and beauty therapist waiting for you when you get home.

In its traditional markets Uber is only just now starting to broaden its range of services to food delivery and is well behind what is offered by its rivals in emerging markets.

Because it knew its local market well it was able to bundle features into its app that better suited local drivers and also local consumers.

Just as important is GoJek being an Indonesian-based startup.

GoJek has been more successful in navigating the local regulatory environment due to its strong local connections.

Unlike Uber, which tends to enter its markets and follow with an army of publicists and lawyers to bash its way through local regulatory conditions, GoJek has skillfully navigated its way into the market by avoiding a head on conflict with the entrenched taxi industry.

Changes in regulation introduced earlier this year have further constrained Uber, forcing it to work through rental car companies and limiting its use of surge pricing.

GoJek’s approach has not only allowed it to succeed in the vibrant Indonesian market but has positioned it to expand into other emerging markets in the region.

Armed with more than US$550 million from its latest fund raise, GoJek is now valued at US$4 billion.

With the funds it has, GoJek has the opportunity to dominate mobility and mobile personal services across the ASEAN region, a market of more than 650 million people with high rates of mobile penetration.

GoJek will not be the only local Indonesian startup that will take the market away from its bigger and better funded Silicon Valley rivals.

Another key battleground will be payments.

Both Apple and Google are aggressively expanding their digital wallet initiatives, Apple Pay and Android Pay, into new markets.

The problem for them in markets like Indonesia is that their solutions build on and rely on an existing banking and payments infrastructure.

In Indonesia, 85% of the population is “lightly” banked, with no access to credit cards and more sophisticated banking products.

Players like Visa and MasterCard do not have a well established payments infrastructure, its hard to see their model working for more than the very rich.

By contrast, startups like Xendit, co-founded by UNSW Business School alum Moses Lo, are offering mobile payments solutions that are better suited to the local market conditions and the majority of consumers.

Just like GoJek, Xendit may find itself beating out its much bigger Silicon Valley rivals in emerging markets because it has adapted better to the local market conditions.

Professor Nick Wailes is the associate dean for Digital and Innovation at UNSW Business School. Wailes was previously Director of MBA Programs, University of Sydney Business School. His research has focused on technology and organisational change, international and comparative human resource management and strategic management.