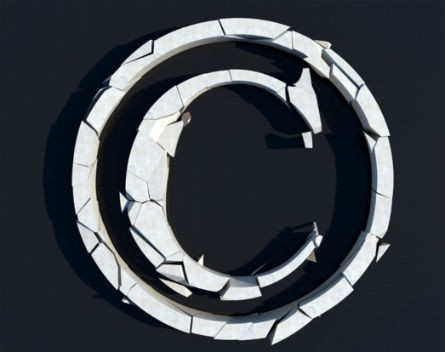 Nearly everyone who isn’t a lawyer agrees: intellectual property law is a mess. And the monopolies granted by patent and copyright law have begun to hamper the very innovation they were designed to encourage.

The US Patent and Trademark Office (PTO) provides a limited monopoly for a patent holder, allowing them to exclusively benefit from their invention for a given period of time. This creates the incentive for others to create and innovate, instead of simply copying. However, today it seems patents don’t benefit innovators but instead only lawyers. The same is increasingly true for expressions protected under copyright, which often acts as a barrier for small artists and as a bludgeon wielded by big content companies.

Securing a patent isn’t easy or cheap, and since the mid-1960s only half of applicants have had their patents granted. Last year the total number of US patents granted was 326,033. Of these an estimated 3%-5% will be profitable, since a hypothetical monopoly on a market that doesn’t exist isn’t worth anything.

Leave it to lawyers, however, to find a way to make money from nothing: witness the rise of the “patent troll.”

The PTO collects its fees whether or not a patented invention succeeds, and other lawyers get paid in the process. The 300,000 patents granted in the US in 2014 that are expected to never profit the inventor have generated around US$300 million in fees – money that’s part of what I call the intellectual property-industrial complex.

Patents are now not an asset to innovation and industry so much as they have become an industry in themselves.

Patents without a market to exploit are little more than worthless pieces of paper. But given a suitably large and broad collection of nonprofitable patents, at some point someone else will succeed by developing a similar idea to one of these patents. By buying and bundling together a patent portfolio and arming oneself with lawyers threatening to sue for patent infringement, such a portfolio becomes a formidable tool.

There are companies, such as Intellectual Ventures and Acacia Research, that accumulate patents, build large portfolios, and then wait and seek out those they can accuse of infringing “their” patents. Who wins? Who profits? Not innovation.

Trolls under the bridge

Armed with such a portfolio, patent trolls can use the threat of legal action and the ability to extract settlements from patent “infringers,” stifling innovators in the process. They are the troll under the bridge, charging those who wish to cross. Recent government studies revealed firms spend a staggering $30 billion defending cases brought by trolls, which disproportionately affect smaller, more innovative firms.

A notable example among thousands was the attempt by notorious patent troll Lodsys to extract $5,000 from Martha Stewart for allegedly infringing a patent that was part of its portfolio involving e-magazine software. Having enraged a media mogul, Lodsys has since had to defended itself from countersuits challenging the validity of their patents.

Such patents have at times been so vague as to claim a monopoly over all processes involving “in-app purchasing,” the process of downloading movies on a phone via the internet, or Amazon’s notorious patent for one-click-ordering – dismissed in the UK as “too obvious to patent.”

Copyright has also become mostly of benefit to large businesses and copyright lawyers. Copyright is relatively easy and cheap to assert, but for most artists they are not the primary, nor a reliable, source of revenue. For authors who manage to find a publisher for their book, the returns for all but the most famous are scant. Publishers keep most of the money, and content is traded much like dead patents, which may reap rewards for content providers in the future but yield small returns for non-blockbuster authors in the near term.

Artists and authors are beginning to realize the scam and, liberated by new technologies, are taking matters into their own hands by becoming their own marketers and producers. Hugh Howey, Mark Dawson and others have successfully self-published bestselling novels and taken home most of their own profits. The low price points for their works (because they can cut out middlemen) also mean more people can afford to buy them.

Publishers and producers are fighting to hold onto their old systems, vigorously pursuing more draconian copyright laws and terms. The current negotiations about the Trans-Pacific Partnership are an example, and show how the big content delivery corporations, and not artists, have the ears of policymakers. These corporations are eager to extend monopolies over aesthetic expressions throughout the world. None of this will increase creativity.

Give innovators a break

Along with copyright, there is growing evidence that patent practices are undermining the very purpose of the intellectual property laws and costing the economy hundreds of millions of dollars. This past year may be the worst yet for the costs of patent trolls.

Without significant reform to our intellectual property laws, money that ought to be going into innovation and creativity will be hoarded to defend against potential lawsuits, and capital that ought to go to inventors and artists will be siphoned off to litigators and trolls.

The intellectual property-industrial complex is lobbying hard against reform. The proposed reforms currently stalled in the US Congress are quite mild and mostly involve fee-shifting, so that there would be less of an incentive to use patent suits to harass smaller organizations.

To truly fix this problem, we need to take a step back and tackle the environment that allows trolls to prosper off the truly creative and innovative among us.