How smartphones disrupted and killed the free newspaper market 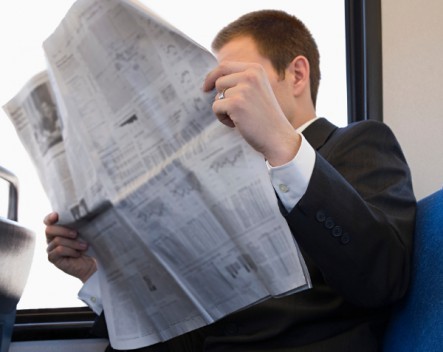 When free newspaper MX first hit Melbourne’s streets in 2001 it triggered what became known as the newspaper wars.

News Limited modelled the success of Britain and Sweden’s giveaway press and directly aimed MX at young readers and commuters. Fairfax caught wind of its rival’s plans and hurriedly fired back with its own similarly named version, Melbourne Express. Both launched on the same day in February that year.

Reporting on the “wars”, an ABC reporter at Flinders Street described sassy young things wearing “baseball caps and trendy t-shirts” beguiling commuters to take a free newspaper. Both publications were tabloid and carried a mix of the day’s news, sport and celebrity gossip with cheeky headlines and an irreverent writing style. It was an exciting time for those in the newspaper business, and a development that seemingly suggested the internet was no threat to print.

Like most wars, it was hard fought, ending with one victor. While the two papers were similar, MX was a much smarter business model. It was an afternoon paper, meaning that the distribution was centralised mainly within the city for captive commuters to pick up and read for the tedious train ride home. Melbourne Express was a morning paper, handed out to commuters as they arrived at Flinders Street station ready for work. To catch readers before their travel meant Fairfax had to set up a radial network outside the CBD with many more distribution points than MX, adding to its costs. The Fairfax experiment ended after just nine months.

Yet, this week, News Corp Australia chief executive Julian Clarke announced that MX would wind up operations in a fortnight. It would appear the screen is supreme for younger readers who prefer their smart phones over the free newspaper for their news fix.

A former reporter for the paper said he felt sad and nostalgic hearing the news, somewhat ironically on Facebook last night:

It was the most fun I have had at work, I was paid for the privilege of writing cheeky and creative headlines,” he said. “Four am starts aside, it was a really satisfying role, there is nothing like finishing work, hopping on the train and seeing people chuckling at stories in the paper that you have just produced.

The paper had moments of glory despite very early warnings that free newspapers set a dangerous precedent for the paid-for masthead market. It was timely for breaking the news of Schapelle Corby’s Indonesian jail sentence for drug smuggling in 2005, and it was often first with very late night sporting results that missed the paid-for daily’s deadlines.

Based in Melbourne, MX initially proved so popular with young, train commuters that editorial staff numbers grew quickly to 25, and a Sydney edition was launched in 2005. Two years later, the franchise expanded to Brisbane with total editorial staffing levels at around 30. This was just before the global financial crisis, and the success of MX had killed off the PM edition of its cousin, the paid-for Herald Sun.

Media academics such as Britain’s Bob Franklin around this time identified that the “free newspaper” factor should not be underestimated as an influential force in the steady decline of the paid print newspaper market.

Franklin argued that the freebie factor was at least as significant as the internet in earlier days for disrupting paid-for newspapers’ business model because the freebie mastheads “cannibalised” content and poached circulation and advertising revenue from traditional paid mastheads, sometimes within a newspaper group.

It’s an argument strongly reminiscent of the fervent ongoing debate between proponents of digital paywalls for newspapers and those media outlets who provide free digital access to their news products.

But some might argue that MX was always fairly thin on the ground with its news coverage and that it was more interested in scandal and weird stories than informing the public; not to mention its reader feedback with its ‘Vent Your Spleen’ and ‘Overheard’ columns.

In any case, like its hardcopy cousins with a cover price, MX’s circulation was steadily declining. Clarke blamed this on the “audience’s swift shift to mobile” for their information and entertainment. And, there is plenty of evidence to show he is right in thinking that we prefer to get our news from our screens.

An Oxford University Reuters Institute report last year studied 10 countries and found that the use of smartphones and tablets for reading news had jumped significantly from 2013 to 2014.

More than a third of online news users across all 10 countries (39%) used two or more digital devices each week for news, and one in five said that their mobile phone was their primary access point. Denmark was ahead of the pack with more than half of its surveyed citizens getting news from the mobile phone. In Australia, Ipsos research shows that four out of five of us own a smart phone.

It doesn’t take an advertising guru to see what is shaping up to be the next, largely untapped, frontier for targeted advertising — you only need to check your phone.