How the internet is changing the PR industry 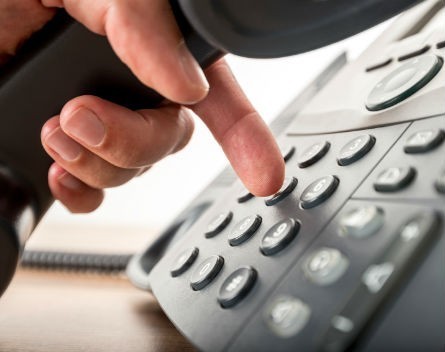 San Francisco based AirPR is an analytics company founded in 2011 on technology tracking the performance of PR campaigns. Despite being relatively young, the business counts among its customers Fortune 1000 companies such as Rackspace, Experian and the New York Stock Exchange.

The idea behind AirPR is by analysing the responses to stories, be they articles in mainstream media sites, social media posts or the client’s own content, PR people are able to get a much better insight into what is working in the marketplace.

“You can no longer just throw out a PR campaign and say ‘oh, we got 200 million impressions.’ No CEO is going to buy that,” says Iliff. “You’re going to have to have deep data that you can dive into and then report the things that are going to work.”

Part of the reason PR is failing, Iliff believes, is because practitioners are only making decisions on ten to twenty per cent of the data they have. To make the most of the information they have available involves a rethink on how companies get their message out to the community.

“We’re trying to shift people from thinking about PR in a linear fashion to get into thinking about it in a networked fashion. A really good PR strategy or narrative looks like a spider web, there’s all these things connected to each other,”  Iliff says.

Making those connections is creating a new set of demands on the PR industry as new tools and communications methods evolve.

“The PR professionals of the future who are be best placed to be successful will be the ones who take an interest in the analytics, who understand how to talk about that so they can improve the storytelling,” she says.

In Iliff’s view part of the PR industry’s problems lie with how new entrants are taught is how to pitch to journalists, rather than to evaluate what works for their clients.

“The second someone comes into an agency on a green level they should be bought into the analytics conversation and be taught how to measure it,” she says.

“Instead they are taught ‘your job is to create storylines and pitch to journalists’, which by the way 90% of what you pitch no one’s going to return because it’s irrelevant.

“Journalists give you credibility and they’re a third party endorsement but they can’t tell the story the way you want to tell it.

“You should be writing the story, following it through and understanding the metrics around it so you can go back and create a better story. It’s like that connective tissue between parts of PR instead of siloing.”

The siloing of the analytics functions of PR and marketing remains a problem for the industry as well, Iliff says and her advice to communications professionals entering the fields is to understand the data aspects.

“Get a Google Analytics certification, it’s very simple to do,” she says.

“Take a couple of Coursera courses on basic statistics and how to analyse data – what’s the difference between prescriptive, descriptive and predictive data – very simple things that if you know how to talk about so you can have a discussion with the engineers.”

As the media industry evolves as it becomes even harder to pitch to fewer journalists working for a shrinking number of traditional outlets, Iliff thinks the future for the PR industry is with making its own content.

“I think in the next five years a lot of things will change because of a couple of things, one is that we have access to data so owned media programs will become stronger for the people who are focusing on it and it will become a huge component in driving leads and sales. So people will stop spending so much time pitching,” she says.

“Things like owned media will be used in a more comprehensive and compelling manner to offset a lot of the things that aren’t working on the earned marketing side.

“My hope is that brands just hire an internal storyteller like Dell has done and Adobe has done and HP to tell you the story and connect with their customers. That’s the closest point between A and B.”

Ultimately Iliff believes PRs will be taken more seriously in business is if they show they can use the data they have to show companies how to more effectively communicate.

With data analytics reshaping most industries, it’s hard to see how the PR sector can resist those fundamental changes.

How public relations practitioners apply that knowledge to their work is going to be key to their relevance in the business of the future.