“If she can see it, she can be it”: Does Hollywood hold the answer to more women in STEM? 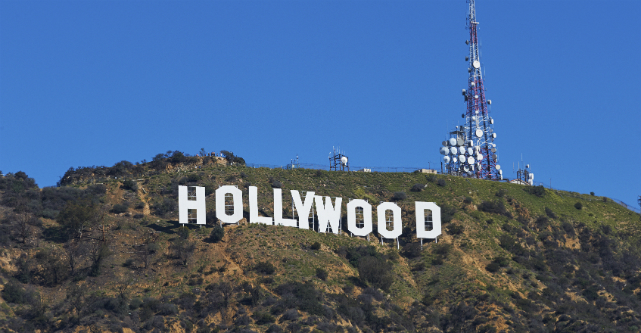 Perennial stories about the lack of women working in science, technology, engineering, and mathematics (STEM) often revolve around why women are not studying these subjects, and when they do, why they don’t make their careers in these areas.

Academy Award-winning actress, Geena Davis, founded the institute that bears her name to educate, advocate and influence the media and entertainment industry to encourage more diverse representations of women and girls.

Over the past eight years it has provided quantitative research that exposes the unconscious gender biases in casting, screen writing and story-telling.

The institute has teamed up with Google to use their machine learning technology – along with the University of Southern California’s audio-visual processing technologies, called GD-IQ – to analyse the content of films. GD-IQ automates the analysis of media content with greater precision than the human eye and can process vast amounts of data quickly.

At the Equity Foundation’s Gender on the Agenda Summit held in Melbourne this week, the institute’s CEO, Madeline Di Nonno outlined some recent research findings. The institute reviewed the top grossing, non-animated films of 2014 and 2015 as reported by Variety, the US published film and TV magazine.

Only 17% had female leads. Male characters dominated the screen – as the main figure in the camera shot – almost twice as much as women (28.5% to 16%).

When looking at speaking time for both genders, results were similar – but in male led films the gap was even greater. In films with a male lead, men spoke 33.1% of the time while women spoke less than 10%.

Looking at family films, characters in STEM careers were 83.8% male. Breaking down the figures, women were shown in life and physical sciences more often than men (65.4% to 49.3%) but in computer science, maths and in engineering just 7.7% of those characters were women.

In prime-time TV programs, no women were shown in engineering, at all.

Communicating science and technology to a non-specialist audience is difficult enough. My research into the dramaturgy of science in performance shows approaches that can be taken to aid translating technical language and practices into accessible stories.

The issue of gender in the stories we tell ourselves about science adds another layer of complexity.

Showing female characters in prestigious occupations, such as leading a team of science researchers, managing or designing major engineering projects, or applying complex mathematics to real-life problems, will help build their aspirations and ambitions in these important STEM areas.

The argument usually given by studios in casting men as leads is that films featuring women are not good at the box office. However, the institute’s research shows that films with lead female characters grossed 15.8% more on average than those led by men.

That is surely incentive enough to see a film where a woman wins a major prize for her outstanding discovery in mathematics or theoretical physics, or revolutionises our thinking in computer technology, and goes on to lead a billion-dollar tech company.

Vivienne Glance is a honorary research fellow in poetry and theatre studies at the University of Western Australia. She holds a PhD in Creative Writing and has worked in theatre as a playwright, performer, director and producer for more than 25 years. She specialises in how science is presented in theatre and poetry.

The lawyers response – “We did it, but it was nowhere near as bad as the regulator is making out because we didn’t have close to the maximum penalty awarded against us”. Ah, perhaps because you shady rip-off merchants would appeal it with your ill-gotten gains earned from often those most marginalised in society?