Innovation statement is only the beginning of an economic transformation 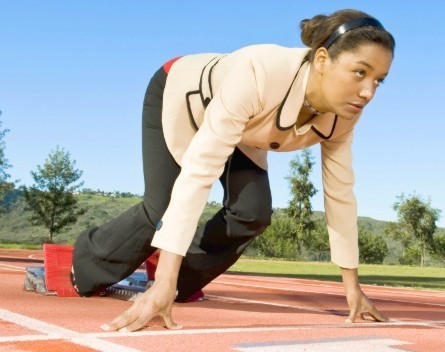 The innovation statement was commendable for a range of reasons.

Second, the government asked its stakeholders extensively what they wanted, and it listened, ensuring a broadly positive response.

And third, the government moved fast to deliver a package that was broad-ranging and with high impact, including policies across at least eight federal portfolios. It required a lot of co-ordination and work, and yet after just a couple of months of collaboration, the measures were fleshed out and ready to be announced.

The startup sector played a huge role in advocating for many of these policies, and it will continue to play an important role in helping the government implement them effectively throughout the next six months, and beyond. Even the best ideas can fail to achieve their desired outcomes if they aren’t put into action carefully, and this is why it’s imperative stakeholders stay involved in this process.

In that context it’s worth asking what, exactly, are the desired outcomes? The answer is simple – we want to capitalise on an extraordinarily rare opportunity to become a world leader in an enormous emerging economic movement. Digital technology is changing the way economies everywhere operate.

It is democratising opportunity by putting creators in direct contact with consumers, and removing the tyranny of distance – which is particularly important for Australia, a country that has traditionally been hampered by its geography.

The best way to capitalise on this vast opportunity is to make Australia a fantastic place to build and grow a technology startup. We have a talented, energetic, technologically literate, highly educated population. We need to give them the opportunity to turn their ideas into commercial successes.

A big part of how we do that is by creating the right regulatory environment for startups to thrive. The end result will be nothing short of economic transformation on a scale comparable to that of the Industrial Revolution.

Needless to say, that sort of transformation is a huge job. The innovation statement is a good start – but there is a long journey ahead of us.

This year StartupAUS will release its 2016 Crossroads Report. We’re currently hard at work gathering examples of best-practice from around the world of policies that can help ensure Australia joins the elite ranks of startup ecosystems in the US, Israel, and the UK.

To join those ranks we’ll need to think creatively and act boldly.

We’ll need to keep working on encouraging the best entrepreneurs to build their companies in Australia.

We’ll need to keep working on ways to help them stay here as those companies grow.

And we’ll need to ensure that Australian technology startups can take full advantage of their global digital presence by helping them have unfettered access to the biggest markets in the world.

So, on the back of a big year for startups and innovation, we deserve to give ourselves a pat on the back. We’ve taken some very positive steps in the right direction. But we should also expect and demand that we keep up the good work.

The good news is that the settings are in place for 2016 to be even bigger than 2015. We have $1 billion in new measures, which will be phased in this year and should have an immediate positive impact.

Going into 2016, both the government and opposition are now convinced that the key to Australia’s prosperity is innovation. And, with an election looming, the stage is set for Australian startups to benefit from the warm glow of the national political spotlight.