Is the innovation statement more hype than hope? Startup leaders dare to dream 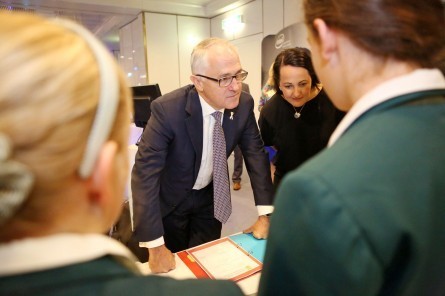 The statement will be the federal government’s flagship set of policies centred on innovation and entrepreneurialism, and Kinner tells StartupSmart it has the potential to transform Australia’s economy from resource-based to one reliant on globally competitive high-growth tech companies.

“It’s hard to over-emphasise the importance of this innovation statement,” he says.

“If it lives up to its potential it could represent an economic and cultural turning point for Australia.

“If communicated effectively ahead of the next election, the innovation statement could be the most important government policy initiative in Australia this century.”

It’s an ambitious sentiment shared by much of the startup community, with anticipation and hope building in the lead up to the announcement.

The right policies in this area have the potential to greatly contribute to the creation of the next Atlasssian or Campaign Monitor, River City Labs general manager Josh Anthony says.

“The right kind of announcement has the potential to unlock the next wave of bright people getting into startups and to continue the upward trend toward entrepreneurship here in Australia,” Anthony says.

“It’d be fantastic to see some bigger success stories come out of the Australian startup scene, providing encouraging motivation for the masses.”

Having startup policies placed so prominently at the forefront of politics will have a big impact in itself, Cohort Solutions CEO Mark Fletcher says.

“The statement has potential to develop broader community understanding of innovation and greater recognition and participation in entrepreneurship-style behaviours,” Fletcher says.

“It is really all about doing. I want to see the government policy settings doing their job. We are ready and waiting, with internal resources and clear views on expansion.”

For Startup Victoria CEO Scott Handsaker, the statement is all about being a catalyst for change.

“The statement has enormous potential to harness change that improves the economic and social prosperity of Australia,” Handsaker says.

Malcolm Turnbull received overwhelming support from the startup community when he assumed the prime ministership earlier this year, and the innovation agenda will prove to be his first real test, StartupAUS head of strategy and advocacy Alex McCauley says.

“Turnbull has positioned technology entrepreneurship and innovation as one of the most important policy areas for this government and we’re hopeful this package will be the first significant step towards modernising Australia’s economy,” McCauley says.

Think Procurement founder Adam Ryan also says the statement is a chance for Australia to make its mark on a global stage.

“I want Malcolm Turnbull to turn into a visionary PM for innovation on a world stage and to reintroduce Australia to the world,” Ryan says.