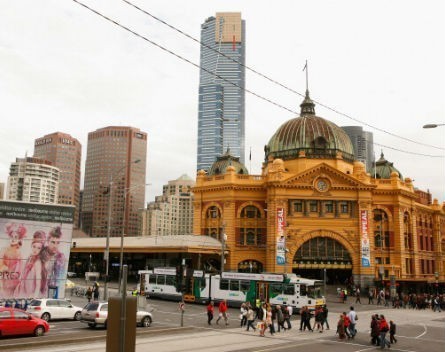 Melbourne desperately needs a centralised fintech hub, not “a pissing contest” with Sydney, in order to become a leading global startup city in the sector, according to the results of a new survey.

MoneyPlace commissioned the Melbourne Fintech Survey, which asked 52 Melbourne fintech startups encompassing more than 500 entrepreneurs what the biggest challenges are involved with running their business.

It found that Melbourne has a “thriving” fintech scene but the community is “lagging behind” others because of the lack of a co-ordinated space.

An underlying theme among the respondents was the desire for a hub similar to Sydney’s Stone & Chalk, as well as more assistance from government and corporates.

The survey found the majority of startups operating in the fintech sector in Victoria are less than two years old, have fewer than ten employees, are post-launch and based in the Melbourne CBD.

MoneyPlace founder and CEO Stuart Stoyan says the purpose of the survey was to provide some clear statistics on the community and a call to action for governments and corporates.

“The need for a dedicated space to anchor the community was a consistent theme,” Stoyan says.

“As a fintech startup it’d be so much easier to work and participate in a community that is anchored around a dedicated hub.”

The specialised needs of fintech companies mean it’s necessarily to have spaces and bodies focused solely on the industry, Stoyan says.

Australia vs the world, not Melbourne vs Sydney

It’s crucial that the major Australian cities are working together in this space rather than competing for space and resources, the survey found.

“Make this less of a pissing contest between states – Australia is rapidly falling behind places like the US, UK and Singapore,” a respondent says.

Stoyan stresses that the will to create a hub in Melbourne isn’t an effort to try to one-up Sydney.

“It’s not about setting one up to compete with Stone & Chalk and Tyro,” Stoyan says.

“It’s about getting the hub in Melbourne and other cities to work with Stone & Chalk so we can then have a very considerate, co-ordinate focus around fintech in Australia.

“The national fintech agenda is much more important as opposed to a Melbourne versus Sydney rivalry. It’s hard enough to keep our own talent on our own soil let along worrying about inner city rivalries.”

The need for more government and corporate support

The survey also found a desire for more help from, and interaction with, all levels of government and corporate entities in the state.

The biggest problem that fintech startups face is attracting customers, the survey finds, and this could be improved by gaining greater accessibility to members of government and large businesses.

“We need organisations to change their attitudes towards startups,” a respondent says.

“They are conservative and would rather pay ten times more for a product or service if it comes from a big brand or top tier consulting house.”

Stoyan says it’s about getting more support and promotion for the community to lend it the credibility it needs to attract customers.

“Corporations aren’t necessarily set up that well to partner with fintechs, and it’s hard to run a procurement program with a large bank if you’ve only existed for six months.”

Regulatory issues are a primary concern for fintechs, but respondents were conflicted in this area, with about half feeling regulation levels are “just right” while 40% think there is too much.

“It’s a 20-year-old set of regulations written before the internet that we need to comply with,” Stoyan says.

“We need a push to streamline and simplify the regulations.”

While this is a federal issue, Stoyan says it’s important for all levels of government to become involved with the fintech space.

“The City of Melbourne is really interested in the sector, but not quite sure how to engage through it,” he says.

“At a state level they can fit it in as a priority by providing some of the $60 million in funding towards fintech.

“It’s not so much that it goes to individual startups, but more to the community so you can get that multiplier effect and they can then pay it forward.”