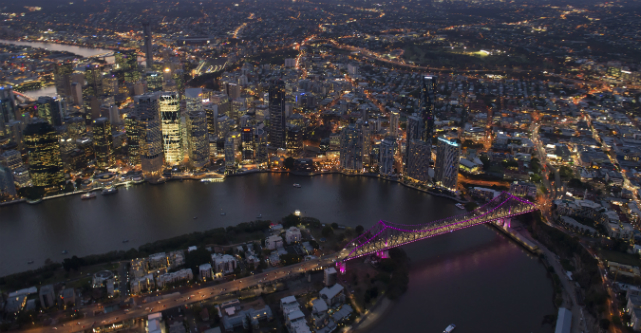 Brisbane has outperformed Sydney and Melbourne in a new Australian index that measures innovation performance at a suburb level.

The index is designed to help policymakers better understand the characteristics that make some locations more innovative than others.

Brisbane has five areas in the top 10 of the innovation index in 2014, substantially more than the much larger state capitals of Sydney (three) and Melbourne (two). At the same time, areas in the other states capital cities don’t even feature until position 28.

The index is a composite of a number of indicators for both inputs to and outputs from innovation. Measures include patents, trademarks, new business entry and business R&D investment (all relative to the size of the workforce), as well as the share of postgraduate qualified graduates and the ratio of research institutes to the resident population. Each of these measures either a direct innovation activity or a factor that supports innovation activities.

The index highlights the importance of location and agglomeration. The most innovative regions are usually in the largest cities and are typically near other innovative regions and relevant infrastructure that supports innovation such as business districts, universities and research institutes, as can be seen in Figure 1 above.

Innovation is embedded in places. The co-location of the right mix of people, physical capital and infrastructure is key to developing new ideas and transforming them into commercial successes.

A new report from the Bankwest Curtin Economics Centre finds innovation is a local phenomenon where for a host of complex and interacting reasons, certain places and regions are doing better than others.

Innovations build on existing knowledge. Cities are the mechanism which facilitates the creation and dissemination of knowledge leading to better innovation performance.

While internet-based communication connects people in even the most remote locations with the rest of the world, when developing an innovation, these communication technologies largely complement regular face-to-face interaction rather than replacing it.

It is easier to connect, share ideas and build trust with a neighbour than a person or business who is far away.

Other countries have recognised how important location is for innovation and developed place-based innovation policies.

EU countries and regions are required to have national or regional “Research and Innovation Strategies for Smart Specialisation” in order to access European structural and investment funds to support research and innovation. EU cohesion policy involves a process for tailoring innovation policies to local regions, including policies for scientific R&D, practice-based innovation and adoption and diffusion of knowledge and innovations.

Australia is almost twice the area of the European Union. Place-based policies are particularly important in Australia with its large distances between cities and larger distances to the rest of the world.

Place-based innovation policies are not completely new in Australia.

Queensland’s “Smart State” strategy between 1998 and 2007 attempted to boost knowledge-based industries through investment in infrastructure, education and training, research programs and industry incentives. While it is difficult to measure the success of these policies the strategy may help explain the high ranking of areas in Brisbane in BCEC’s innovation index (See Table 1).

While innovation is a local phenomenon, international collaborations can bring benefits to businesses in the form of greater exposure to new ideas, world leading advances in technology, and commercialisation opportunities.

Yet OECD comparisons show that only 7.7% of innovation-active businesses in Australia engage in collaborations with international partners in the United States, Asia or Europe – well below the OECD average of 17.9% (Figure 2).

Australia is a long way from innovation centres such as London, Tokyo, Shanghai and the Silicon Valley, of course.

This means the knowledge inputs crucial to innovation do not diffuse easily within and to Australia, something that may be a particular constraint to innovation in Western Australia given its relative isolation.

Yet paradoxically, no more than 3.6% of Australian businesses cite access to knowledge as a barrier to innovation. This suggests – rightly or wrongly – that the majority of businesses rely on national knowledge partnerships for research and development activities.

Successfully positioning Australia for an “ideas boom” may require a policy approach that addresses the unique constraints of Australia’s economic geography.

In absence of such a tailored policy approach, innovation may be more expensive and difficult to achieve in Australia, discouraging R&D investment and limiting the potential for an “ideas boom”.

Rebecca Cassells is an associate professor at Bankwest Curtin Economics Centre at the Curtin University.

Steven Bond-Smith is a research fellow at the Bankwest Curtin Economics Centre at the Curtin University.