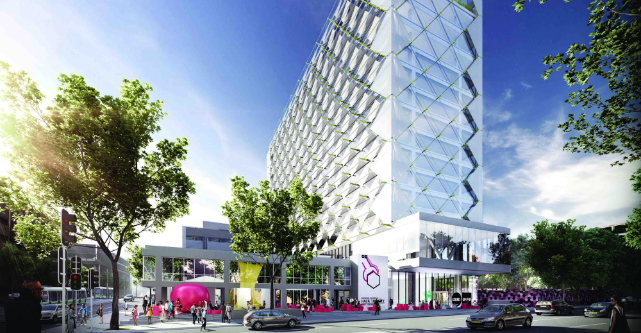 A giant precinct serving as a “melting pot” for innovation is being built in Melbourne to nurture the city’s founders and entrepreneurs and deliver social and economic impact.

The Carlton Connect precinct will be built in the converted former women’s hospital at the University of Melbourne and will include a multi-level development that will bring together startups, social enterprises, governments, academics and bigger businesses.

The precinct, which is planned for completion by 2022, will include the Melbourne Accelerator Program (MAP).

“When people ask why universities get involved in entrepreneurship, they have unique, un-leveraged assets for the benefit of the startup community,” MAP director Rohan Workman tells StartupSmart.

“That’s a pretty amazing melting pot to be able to tap into.”

Lab 14, a co-working space with room for more than 250 people, is the first phase of Carlton Connect Initiative’s project.

Lab 14 says it has attracted more than 9000 people to its events.

“Currently the University is inviting innovative proposals from the private sector to work in partnership to design, deliver and manage the redeveloped site,” Carlton Connect Initiative director of engagement Jacyl Shaw says in a LinkedIn blog.

“We see LAB-14 as demonstrating ‘proof of concept’ for the design and the operation of the larger CCI project.”

Alumni of MAP’s accelerator program have generated more than $3.4 million in revenue, with 24 companies coming through its doors and 10 created from within.

The space will soon host IBM startups with a Bluemix Garage being built next to MAP’s team onsite.

With the development of the Carlton Connect precinct, Workman says the program will continue to collaborate with other institutions like RMIT, Monash and University of New South Wales.

“We’ve always adopted the approach of ‘a rising tide lifts all boat’ so we have very good relationships with other universities,” he says.

“It’s like if you’re in accounting, you meet your peers to share best practice and we do that with our peers.”

The development comes as part of a wider push for more collaboration between the private and public sector and further support of the state’s startups.

“I graduated from Melbourne University in 2007, when I was here there was no entrepreneurial support for university students but now it’s completely different,” Workman says.

“There’s this culture of entrepreneurship that’s well and truly alive around the campus.

“The amount of people who are getting behind entrepreneurship to transition to a knowledge economy is really impressive.”