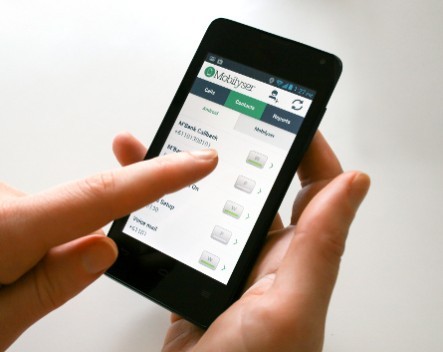 Tracking mobile and data usage for expense claims is about to get easier, thanks to Perth-based startup Mobilyser.

The Mobilyser app, which launched this week and is available on smartphones or via a web portal, allows subscribers to easily tag contacts and dialled numbers as personal or work-related. It then calculates the claimable total on calls, data and SMS in an “easy to read” report. It uses the Australian Tax Office’s recommended calculation method to get the best result.

It stores 24 months of call-related data, enabling users to report on call usage for a full financial year.

Mobilyser founder Robbie Adams says the app is solving a problem that anyone who has made a work-related call on their mobile can relate to.

“Even when we have all the information in front of us it’s not easy to calculate all the genuine work calls,” he says.

“Even harder is making an accurate assessment of work-related data usage.

“Whether users lodge regular expense claims to their employers or an annual claim on their tax return, Mobilyser can generate detailed logs and reliable totals at the touch of a button.”

Mobilyser is available for free for the first 30 days, but requires a $4 per month subscription to be paid from then on.

In the short term, the startup is targeting individuals as its primary customers, although it plans on developing a solution for enterprise in the coming months. Adams says he will be targeting big tax companies like H&R Block, as the product has the potential to save them a lot of time.

Adams says it’s only been in recent years, as smartphone adoption has begun to skyrocket, that such a solution became viable.

The startup is heading to the Web Summit in Dublin later this year, where Adams says it will be chasing investment. So far, he’s bootstrapped Mobilyser himself.

“That’s going to present some fantastic opportunities for us,” he says.

“Straightaway the business has been built for the global market. The great thing about Mobilyser is we’ve built it at the moment to comply with ATO regulations, they’re [regulations] also extremely similar elsewhere.”